What is an Employment Tribunal?

Workplaces can be volatile environments, and sometimes disputes arise that are hard or even impossible to resolve internally. These issues can arise for any number of reasons; from health and safety concerns, to pay disputes and improper conduct.

Any of these issues can cause strain and stress between employers and employees. In these situations, employment tribunals can be of great help. 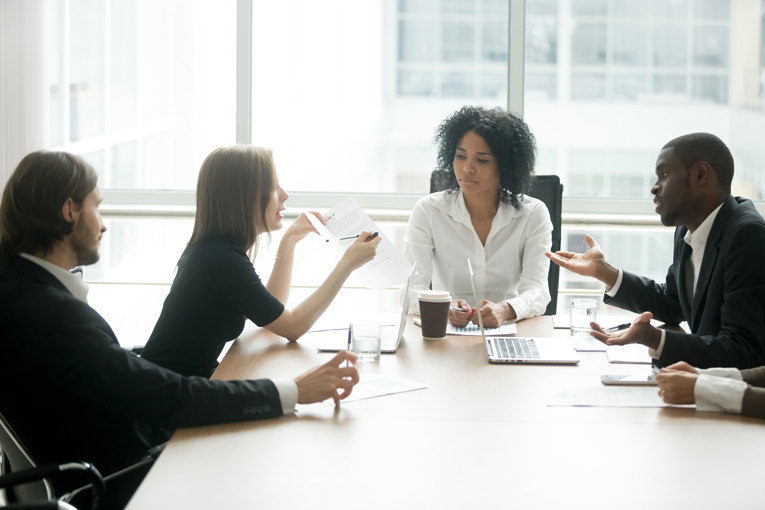 What is an employment tribunal?

Employment tribunals are independent groups that can intervene and mediate between disputing parties. They are usually made up of experts in employment law and can offer their skills as mediation services.

Employment tribunals were initially set up to cater to those who could not afford traditional legal representation. The process was designed so that these people would still be able to attend and participate in the tribunal process alone without this representation, and not be at a disadvantage.

However, you can still use legal representation if you can. They will act as your representative during the tribunal hearing.

They tend to deal with issues such as wage disputes, unfair dismissals, employee rights, and harassment. Their process does have similarities to standard court cases, such as they are not allowed to offer legal advice. Their primary role is to impartially mediate between disputing sides, collect evidence supporting their arguments, and interview each side while under oath.

Once a case is brought to the employment tribunal, it is usually heard by three experts. These are usually a legally qualified employment judge and representatives of both the employers and employees involved in the dispute.

The decisions of the employment tribunal are backed up by law, so the final decision of the tribunal must be respected by all parties.

How can a claim be made, and what happens next?

If you want to make use of the services of an employment tribunal, then it is essential to note that a time limit does apply to when a claim can be made.

Typically, employment tribunal claims must be made within three months of the date of either:

For any claims relating to redundancy pay or equal pay, the time limit is generally around six months.

Before you claim with the employment tribunal, you must first submit your claim with the ACAS Early Conciliation Service, through their necessary form. This is a free process that allows the opportunity to resolve the issue between employer and employee, before taking it to the tribunal itself.

The process of resolving cases with the conciliator is much faster, cheaper, and can lead to a lot less stress for all parties involved in the issue. If the issue is resolved through this process, then an early conciliation certificate is produced.

However, if the case is not resolved, or if either party refuses to go through this process, then it will be forwarded to the employment tribunal.

How to make a claim, and the stages involved?

An excellent place to start is on the GOV.UK website. There, you can find all the relevant information regarding employment tribunals, and the steps you need to take to make a claim, as well as what you can expect from taking part in the process.

To claim for a dispute to be heard by the employment tribunal, parties can file it online, through the post, or by phone. As soon as the claim is made, the other party must make a reply within 28 days from that day. They can communicate their side of the argument, and provide evidence and supporting documents to back this up.

If, after the process with the ACAS early conciliation service, an agreement still cannot be reached between the parties involved, then the case will be moved on to the employment tribunal. This stage will begin by the employee filling out and signing the ET1 claim form. This will require a reference number, which should be provided to the claimant by the ACAS early conciliation service.

This ET1 form will need to include all the information relevant to the case from the employee. Once this has been received, acknowledged, and reviewed by the tribunal, they will then send in return anET3form with a copy of the claim attached.

After this, an initial hearing is held. This is mainly to determine the timeline of the claim, such as when the main hearing will be heard. At this initial hearing, it will also be decided whether the full claim can go ahead, or just a part of it.

While documents, evidence, and witnesses are all a part of the process, Scotland often does not use witness statements.

After this initial hearing and preparation process, the main hearing can then begin. This hearing takes place in much the same way as other legal court proceedings. At this hearing, evidence will be presented, documents exchanged, and witness statements will be examined.

These hearings typically take place within tribunal rooms that are open to the public. It can be useful to take advantage of this and sit in on a hearing before your own takes place, to get a feel of what the atmosphere of a hearing is like. The hearings are typically similar to traditional court hearings. However, they tend to be less formal. The tribunal panel of three experts sits at a raised desk, while the rest of the participants sit opposite.

After this main hearing, the employment tribunal will then deliberate and conclude. Depending on the case and the number of contributing factors, this decision-making process can take varying amounts of time. It can be taken immediately, or it can take up to several days or even several weeks.

Once the decision has been made, it is backed up by law, and therefore all parties in the argument must abide by the decision.

How to challenge the outcome of a verdict

If either party is unhappy with the decisions and subsequent verdict of the employment tribunal, it is possible to appeal.

The Employment Appeal Tribunal (EAT), handles all of these instances when either party challenges a verdict reached by the employment tribunal.

Initially, when the employment tribunal first sends its verdict, you have 14 days to ask for a reason if one has not already been given. After that, if you still disagree with the verdict, then an appeal can be made within 42 days of the date of that reason being given.

If you are still unsatisfied with the decision after the appeal with the employment appeal tribunal, then further challenges can be made. These can be made with both the Court of Appeal and the Supreme Court.

Penalties when an employer loses

As we have seen, employment tribunals can be a great way to settle disputes that occur within the workplace. They are made of independent experts in employment law and offer non-biased mediation between both parties.

Despite these benefits, however, for the most part, it is often cheaper, easier, and less stressful to attempt to settle disputes before the argument escalates to the level where a tribunal is needed. While employment tribunals are cheaper than traditional legal routes, the costs can stack up, and if the issue goes unresolved for an extended period, the fees can spiral out of control. For this reason, it is often beneficial for both parties to resolve the matter before this, in the form of a settlement claim or something similar.

Need more information on employment tribunals and the legal processes behind them? Would you like help and advice on making a claim of your own? Then visit Qredible.co.uk to contact one of our employment solicitors now!