Domestic violence refers to a type of unacceptable and violent behaviour. Abusers use forceful actions to exert control or power over another being, with their treatment being coercive, threatening and degrading. 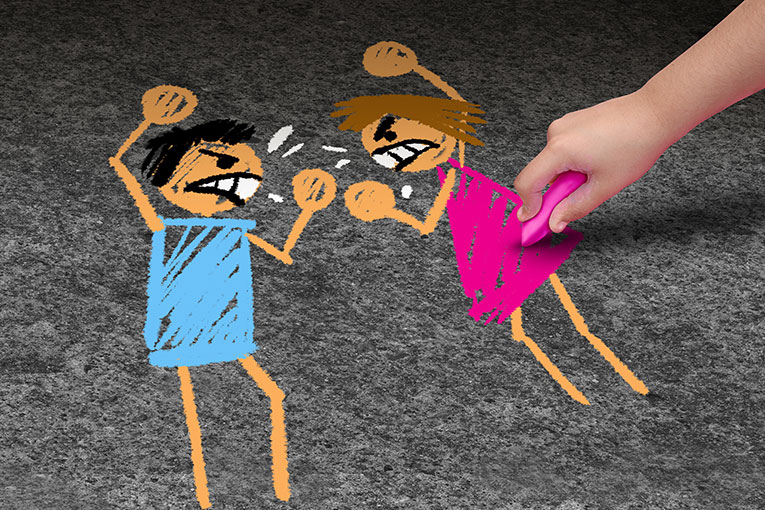 A common misunderstanding is that this type of behaviour happens solely between two people in a relationship. In fact, cases of domestic violence and abuse are found within all sorts of interactions. This can include within family networks, amid work colleagues and even between friends.

Examples of domestic violence and abuse can include:

What is the difference between domestic abuse & domestic violence?

Domestic abuse and domestic violence are often used interchangeably. In essence, there is a difference between the two terms.

Domestic violence refers to physically abusive behaviour. On the other hand, domestic abuse references a broader range of actions which may not always be violent in nature. This can include physical, psychological, and/or sexual acts.

What legal options are available for domestic violence victims?

Freeing yourself, or someone you care about, from a domestic violence situation can be difficult. It will involve emotional, physical, and financial strains. However, the following legal advice should help you pave the way forward.

Difference between a restraining order & an injunction?

Getting protection from an abuser is the first step to a victim regaining self-control, frequently enabling a sense of physical and emotional sanctuary.

Both restraining orders and injunctions are types of a court order prohibiting the abuser from carrying out a certain act or actions.

The main difference between the two is that a restraining order can only be obtained via a criminal hearing. Conversely, an injunction can be secured without the need for any criminal charges.

In other words, a victim of domestic violence can request an injunction from the courts without the abuser having been charged with a criminal offence.

How long does an injunction last?

Injunctions are ordinarily set for a period (generally between 6-12 months). However, they can be renewed and can also be indefinite.

How quickly can I get an injunction?

It can take 7-14 days to obtain an injunction. In cases where there is an immediate risk of severe harm, a same-day injunction can also be secured.

With same-day injunctions, a hearing will need to be held at a later date. As the abuser has not been given any legal due notice, they will be allowed to oppose the injunction in court if necessary.

What evidence will I need to produce for an injunction?

Any instance of domestic abuse or violence will be an emotional and challenging time. Where possible, a victim should try to collect as much evidence as possible to support their case for court.

What else can an injunction help with?

Unlike an injunction, a restraining order will only be issued at the end of a court case or criminal trial.

Can I still be protected even if my abuser was not found guilty?

Sometimes there is simply not enough evidence to convict someone for abuse or violence.

In cases where a defendant does not receive a conviction, the court can opt to still dispense a restraining order.

This is issued based on the available evidence. The judge will decide whether the victim is at risk of further harassment.

In the event that the courts refuse a restraining order, you can apply for a protective injunction following the hearing.

What is a Protective Order?

The scope of abuse and violence can be vast. A protective order can be used for all forms of domestic violence or abuse. This can include physical, sexual, psychological, emotional, and controlling or coercive behaviours.

Therefore, you can obtain a protective order without an actual physical or violent attack taking place. However, there are specific regulations.

Effectively, a DVPN is the initial stage of the process and a precursor to a DVPO.

Is issued by a police officer if you have been a victim of domestic violence.

A breach of any DVPN or DVPO can result in an arrest and possible prosecution.

Occupation and non-molestation orders are for cases where physical violence has occurred and continues to be a threat. Therefore, legal intervention is needed to safeguard well-being.

An occupation order is used when both parties live within the same residence. The law demands that the abuser leave the premises indefinitely or not return until further notice.

A non-molestation order is an urgent application to the court where a person is at risk of significant harm, physical violence, or harassment.

Depending on the amount of work needed by a domestic violence solicitor, orders of this nature can cost in the region of £2,000.

Relationships breaking down due to domestic violence are often fractious and emotionally exhausting. This can be compounded by concerns over the property and the ongoing welfare of children.

How can I protect my children against threatening behaviour?

Protecting yourself and your loved ones from domestic violence are of paramount importance. Unfortunately, an injunction may not necessarily prevent against further abusive behaviour.

In instances where children are at risk, it is worth applying to the court for a non-molestation order.

This instructs the abuser not to use violence or intimidating behaviour against you or your children. Breaching of this order will result in an arrest.

Are my children at further risk if I report an abusive partner?

Some parents fear to make matters worse if they report a case of domestic violence.

If you have parental legal responsibility for a child or children, you can apply for a prohibited steps order.

A prohibited steps order prevents your partner from being allowed responsibility for the child. This can eliminate the threat of them taking a child as retribution for you reporting any abuse.

In any case, the order may not prevent all contact being made between your abuser and the child.

Can I be protected if we share a home?

An occupation order will prohibit your abuser from coming within a set distance of your home. You can apply for the order if you are a tenant, joint tenant, owner or joint-owner of the premises.

You can also apply for an order if you are:

You can obtain an occupation order through the courts. Consequently, a judge will review the impact it will have on any occupants of the premises before granting an order.

If you are at risk of physical, violent, or threatening behaviour, you can apply for a non-molestation order in conjunction with an occupation order.

Too many women and men suffer in silence! Why you do not have to lie down and take it more? Contact a domestic violence solicitor now to get the legal assistance you deserve.

What if I cannot afford Legal Assistance?

In all events of domestic abuse or violence, you should contact the police directly. You can either call 999 (for immediate danger) or 101.

Furthermore, every case of domestic violence and abuse is pressing regardless of how minor you may fear the incident seems. The police can arrest the perpetrator, issue protection notices, and also provide further advice and guidance.

Those on a low income could qualify for legal aid to help with certain costs. The National Centre for Domestic Violence (0800 970 2070) can provide free advice on obtaining emergency injunctions. They also provide the practical steps to consider, any organisations local to you and refuges that could give more support.

Don’t suffer in silence?
Contact one of our experienced domestic violence solicitors to help you take control of the situation with expert legal advice and all the support you need. Video consultations also available.

Breach of an Injunction / Restraining Order?

There is no certainty about how an abuser will respond to an injunction or restraining order. Often domestic violence comes from a desire to control the victim.

A court order removes this sense of power, and it can cause two main reactions:
• The abuser may see the legal restraint as a challenge and seek to breach their order.
• The abuser may use this as a time to reflect on their behaviour or be fearful of more grave consequences.

If an abuser breaches the terms of their injunction, they can be arrested. Continued breaches can lead to imprisonment.

Unfortunately, this is not an immediate outcome. Sometimes, it can result in a further need for legal action. Likewise, a court will often review whether the action was a one-off event or likely to be a continued plan of abuse.

The outcome does not always lead to imprisonment, but alternative sanctions include community service, suspended sentences, or fines.

If you fear that your abuser will not adhere to their terms, then it is always advisable to seek advice from a domestic violence solicitor.