No-Fault Divorce: Why does it matter?

Have you ever wondered why the rate of divorce is on the increase in recent years? How many of us have had to think about why some marriages are dissolved at one point or another?

It is a known fact that the first step when a couple wants to get divorced is to decide on a specific reason for divorce. This is always stated in the divorce petition form during the filing process. 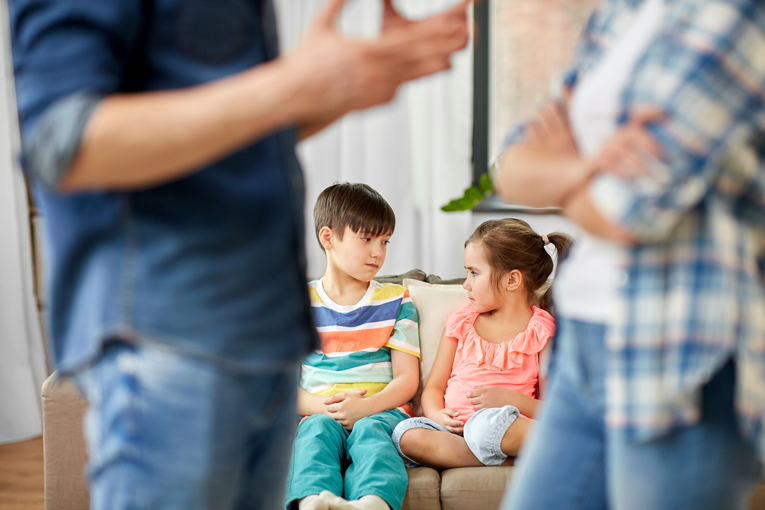 Although there are several reasons or possible grounds for divorce that are acceptable and recognised by the law, not every divorcing partner falls into this category. However, they still want to part ways.

What is a no-fault divorce?

A spouse’s ability to file for a divorce without any obligation to indicate the reason for divorce is regarded as a no-fault divorce.

It is a concept backed up legally that allows the couple to break up without fighting, blaming, or blackmailing each other emotionally. This concept breeds an excellent atmosphere for children’s upbringing, although their parents are divorced and eradicate the blame game.

Unlike the traditional days where the divorce resulted from grievous matters, in this modern age, several couples want to separate for personal reasons where no one is necessarily at fault, and it is essential that the law match up to the taste of its people.

For example, it could be due to irreconcilable differences, falling out of love, loss of interest in each other, or no longer feeling the spark.

Not all countries accept the concept of no-fault divorce. Countries that provide for no-fault divorce include Australia, Canada, and the USA. Some other countries use the ground of mutual consent to initiate divorce.

Why was the no-fault divorce system enacted?

There has been a demand for reform of the present matrimonial law to accept the reality that, in many cases, none of the party is mainly at fault for causing the dissolving of the marriage.

Accrediting blame and fault to the other party in which the divorce was filed against will only create more acrimony between the partners and may have an adverse effect on the children.

However, some schools of thought opposed the introduction of a no-fault divorce system because they believe that it will ruin the sanctity of marriage, and the number of divorces will increase since the procedure for filing and finalising divorce will become easy.

However, the former system of divorce compels at least a partner to initiate the filing for the divorce process and make an indictment about the other partner’s conduct during the process. Hence, it allows for blaming and pointing accusing fingers at the other.

They are allowed to choose from the three possible grounds for divorce: adultery, unreasonable behaviour, etc. This requires infallible proof of guilt from one party.

According to the Matrimonial Causes Act 1973, if the divorcing couple cannot find a reason, they face two years of living separately before the marriage can be dissolved legally, even though the decision is both agreed upon.

Also, if only one partner agrees to the divorce, then the separation period has to be a minimum of five years before they can be considered eligible for divorce.

The separation-based arrangements are not available to those who cannot afford to run two households before deciphering their post-divorce financial arrangements.

How will no-fault divorce change the current system?

The no-fault divorce law implies that instead of pushing blames to the other party for the breakdown of the relationship; a couple can mutually cite irreconcilable differences as the basis of wanting to file for divorce.

This will also make the process of divorce faster because both parties can proceed without a cause instead of bearing each other for two or five years, respectively, due to the former system of divorce.

Also, it can be done by an individual or a joint statement. Both spouses will be able to provide a statement asserting it has broken down without having to drag the other partner in the mud or find faults.

By so doing, the new law (no-fault divorce) will effectively eliminate the blame game and the victim card that defined the old system of divorce.

Why does no-fault divorce matter?

One of the most significant advantages of the new law is that it will not result in additional bad feelings or deep regrets between divorcing couples, which children and family will typically have to handle.

This is unlike the former divorce law that breeds and encourages increased resentment between splitting partners because they are compelled to decide who is at fault and why. This worsens the situation, especially when there is already bad blood between them.

It will also blindfold them from seeing the good times and beautiful memories created together.

Also, the no-fault divorce law helps children to grow in a healthy environment. According to research, it has been proved that the most dangerous thing for children during divorce proceedings is the conflict between parents. So, it will not affect the children adversely more than necessary.

It is also worthy to note that it will eliminate a domestic abuser’s opportunity to trap the partner in a marriage for five years by contesting it or exercise further coercive control over the victim.

Is it worth the wait?
No-fault divorce was initially announced in February 2019 in the UK. From Autumn 2021, the new law on no-fault divorce in the UK will bring the long-awaited reforms to an area of law that has not changed since 1973.

How long will it take?

It will take a total of six months to finalise the process of a no-fault divorce filing. This is to enable the partners to evaluate their decision to terminate the marriage. However, the ability to contest a divorce by one party is removed with the adoption of no-fault divorce.

If you are currently on the verge of splitting with your partner or thinking of filing a divorce, you should give very urgent consideration to filing a no-fault divorce. It allows you to walk away without painting your partner bad nor burn the bridge. You deserve to be happy and have your heart desires fulfilled. To know more about the process and all you need, why not contact a divorce solicitor who will be more than happy to guide you through the process.