Every year in the UK, thousands of assaults and physical attacks are reported. Often, the victims are left with injuries, both mental and physical, which can significantly affect their lives.

The CICA (Criminal Injuries Compensation Authority), was set up in an attempt to help these victims benefit from some form of compensation. As an agency of the UK government, CICA is funded by the Ministry of Justice in England and Wales, and by the Justice Directorate in Scotland. 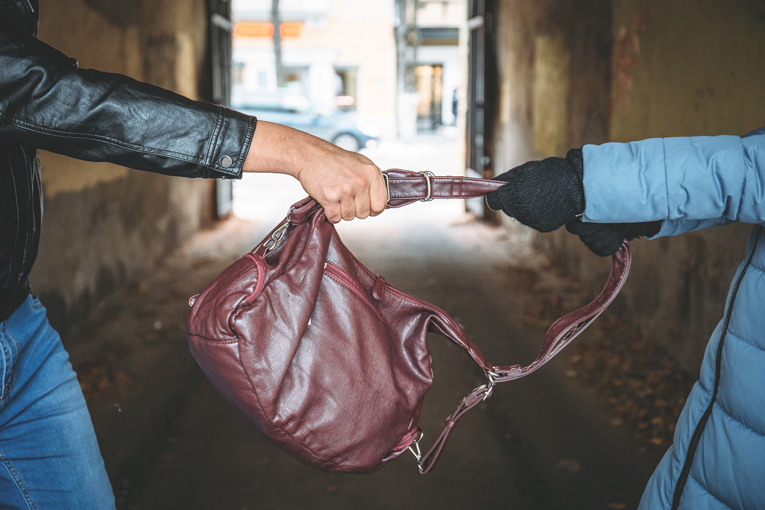 Beginning in 1964 under the title of the Criminal Injuries Compensation Board, the CICA has since paid out more than £3 billion in compensation to victims of assault and violent crime.

Victims of an assortment of violent crimes can apply for this compensation. There are, however, several criteria that an individual must meet to apply successfully.

Let us dive a bit deeper into the details behind the CICA, what makes a person eligible, and what they can expect when applying for compensation.

When applying for the CICA criminal injuries compensation, it is essential to understand precisely what category an assault might fall into. This can have a significant impact on whether or not you are eligible to apply, and how much you might expect to receive.

In the eyes of CICA, there are four distinct types of assaults. Aside from sexual assault, these are classed according to how much harm was intended by the perpetrator, and what kinds of injuries were sustained by the victim.

This charge is often applied when an assailant has hit or slapped a victim but has left no marks or noticeable injuries.

This type of assault is classed as being any kind of sexual activity – behaviour or contact – that has happened without the consent of the victim. This includes stalking, sexual activity that is facilitated by drugs or alcohol, groping, and child sexual abuse or rape.

GBH is considered to be the most severe kind of assault. This charge is applied when the perpetrator has caused severe intentional harm to the victim.

The charge of actual bodily harm is levelled at an aggressor when an attack results in injuries being sustained that are visible. This includes cuts, bruises, and scratches.

It is essential to understand what differentiates these four types of assault before claiming compensation with the CICA.

When claiming for criminal injuries compensation from CICA, each case is unique. Depending on the details of both the crime and the damages caused by that crime, results of a claim can vary widely.

However, to try and get some idea as to what type of criminal injury might be covered by the CICA compensation scheme, here is a list of some of the previous injuries that often successfully apply, as well as other reasons that might make an individual eligible.

As mentioned above, this is not an exhaustive list of the types of assaults that are covered by the CICA. However, it does indicate as to the kinds of cases that are most often successful when applying.

Also, when claiming compensation to the CICA, it does not matter whether or not the victim knows the attacker. As long as they were charged with a relevant assault by the police, then a compensation claim can be made.

While the process of applying for criminal injuries compensation can be long and complicated, it is relatively simple to check whether or not you are eligible to apply.

CICA considers a few points when deciding whether or not to grant compensation.

It is essential to keep in mind that your eligibility might be in jeopardy if you have a previous criminal conviction that has gone unspent. Also, any claim must be made within two years of the incident in question. This can be overruled in some instances. However, exceptional circumstances must apply for this to be the case.

Making a Claim for Criminal Injuries Compensation from the CICA

When the time comes to make your claim for criminal injuries compensation from the CICA, it helps to have some idea as to what you can expect from the process.

Is it easy to receive compensation?

While a claimant may be eligible to make a claim, this does not always mean that their request will be successful.

It can be a long and challenging process to receive any compensation once the claim is made. There are also many reasons as to why a request might become frustrated or even fail altogether. We will cover this particular aspect later on.

Since its original inception in 1964, the criminal injuries compensation scheme has developed and changed in response to countless cases, appeals, and various other factors. Gradually, this has made the process of claiming compensation much harder. Hence, making the likelihood of being rejected much higher.

As mentioned previously, making a claim to CICA for criminal injury compensation can be a long and challenging process. There is also never any guarantee that a claim will be successful at the end of it. Even if a claimant might believe that they meet the criteria necessary to make a claim, there are still several reasons why a claim might end up being unsuccessful.

To try and help to account for these possible reasons ahead of time, here are some of the main reasons that the CICA might reject a claim for criminal injury compensation.

Due to the varied and wide-ranging nature of assault-related injuries, there are many other reasons why a claim for criminal injuries compensation might be unsuccessful.

These five reasons, however, provide a reasonable basis of understanding behind the types of reasons given by the CICA whenever a claim is rejected.

How to Claim for Criminal Injuries Compensation?

When a claimant is ready to make their compensation claim, they must follow the process as laid out by the CICA.

To begin with, a claim can be started via the government website at www.gov.uk.

Throughout the process, there will be certain pieces of information that the claimant will be required to provide.

The claimant will also be asked if they have ever tried to claim any other type of compensation in the past; as well as if they are currently on any kind of welfare. It is essential to answer both thoroughly and honestly. Any omissions of relevant information, accidental or otherwise, may well have an impact on the overall claim and could result in the claim being dismissed altogether.

As a government agency, CICA is always operating with limited resources. It is for this reason that many claims may take a long time to be processed. Usually, a claimant can expect to wait up to a year before receiving any compensation. Sometimes, this wait can be even longer.

How to make a CICA Complaint?

As we have already touched on previously, there are cases when a compensation claim may be rejected or be otherwise unsuccessful.

If this is the case, other routes can be taken to try and receive compensation. For example, there is a complaints process in place that can allow for the challenging of any decision made by the CICA.

Stages of a Complaint to the CICA

The process of lodging a formal complaint to the CICA about a claim is set out into three parts, or “stages”.

Once your complaint is processed and assigned to a team, they will make contact with the complainant to talk about the case. This will usually happen around five workings days after the complaint is received.

Stage two depends on how the first stage progressed. If the situation was not resolved to the liking of the claimant, then a manager may be assigned to look into the case further. This can lead to a claim being investigated more thoroughly.

Again, stage three depends on whether or not the issue has been resolved in either of the previous two steps. If by this point, action has still not been taken, then a senior manager may become involved. This will mean the case is looked into even more thoroughly, and the chances of success for the claimant increase.

Possible exceptional circumstances may be uncovered, leading to an otherwise failed claim being overturned, and compensation being awarded to the claimant.

Claiming Criminal Injury Compensation – Is it a Worthwhile Process?

As we have seen, the CICA was set up in 1964 to provide much-needed compensation to victims of assaults and violent crimes. While the process of claiming compensation, as well as the agency itself, has changed over the decades, it is nevertheless dedicated to providing this necessary compensation to all those who are eligible.

It is worth remembering that the process for claiming compensation is a long and often frustrating one. There are multiple stages that a claimant must pass through, and the criteria for eligibility can leave individual victims of assault without much hope of making a successful claim.

Is it worth claiming?

So because of this, victims may ask themselves if it is even worth submitting a claim. In short, it is often well worth claiming, so long as the victim meets all the criteria. This is a crucial point to remember: potential claimants should ensure that they are fully aware of these criteria before applying. The long process is not worth proceeding with unless eligibility is all but assured.

There is a wealth of information out there surrounding the CICA and criminal injury compensation – so much that it can often seem overwhelming, especially for a recent victim of an assault or other violent crime.

Luckily, our experts are on hand to provide easy to understand and tailored information, specific to the individual situation of the victim. To find out more, contact our criminal law solicitors now!