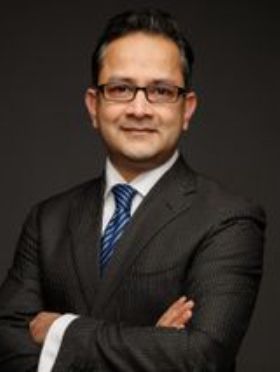 Jai is a senior legal consultant with the Alston Asquith corporate/commercial team with extensive international and London City work experience.

A Cambridge University Law alumnus, Jai has particular expertise in relation to complex transactions, including in the areas of: acquisitions and takeovers, shareholder and joint venture arrangements, IT and commercial contracts and debt finance. During his time as a lawyer, Jai has worked for some of the top law firms in the world such as Herbert Smith (London) Maples & Calder (Hong Kong office) and Allen & Overy (Indian affiliate).

He focuses on advising corporate and commercial clients and works with boards of UK companies on both transactional and advisory work. He is frequently involved in advising on the legal challenges that face boards whether on governance issues, shareholder activism or corporate restructurings.

Jai has an extensive experience of working with clients in a broad range of industries, which has included counselling some of the world’s leading corporations on multibillion-pound deals.

Netflix-Skydance: acted as lead counsel on a corporate settlement involving the popular scifi series Altered Carbon.
Petromir-Makrolink JV: advised on and drafted JV and collaboration agreement for co-developing a Project involving drilling wells and building an LNG facility for liquefaction and exports.
Dumaplast: lead counsel representing the European major in its distribution operations in the UK.
Watford Football Club: lead associate in the buyout of Watford Football Club.
Microsol International: drafted ‘take or pay’ supply contracts for solar battery cells.
Hampton Estates: established Hamptons Estates’ India operations and which included drafting the initial real estate commercial contracts.
British American Tobacco: advised on day to day management in relation to the Companies Act 2006.
NYSE listed US paper giant International Paper: advised on its acquisition of a majority stake in Andhra Pradesh Paper Mills with a total deal amount of US$432 million, the largest deal of its kind in the Indian paper industry.
First Choice Holidays PLC: acted for First Choice in the mega merger of First Choice Holidays PLC and TUI AG’s tourism division.
Essar Group: advised in relation to the transactions and advisory work for the Essar Group including financings of certain put and call options held by Essar and Vodafone respectively on Vodafone Essar shares.
Bohler-Uddeholm AG: advised in relation to the disposal of one of Bohler’s UK business undertakings.
Covidien (formerly Tyco Healthcare): advised on a number of commercial contracts and compliance matters.
Plantronics USA: advised on the termination of a long-standing commercial distribution agreement.
A member of the legal delegation that drafted detailed blueprint for a privacy and data protection standards board for NASSCOM.
Mitsui Group: advised in connection with it launch of its India operations.
Smiths Detection: acted for the world leading threat detection equipment manufacturer in its purchase of an Indian company’s assets.
Telenor: Advised the telecom giant on regulatory issues in relation to its telecom licences in India.
The ING Group: advised on complex issues relating to commercial transactions in India.
Dell Inc.: advised on its commercial arrangements in India.