ABH or GBH: Which is the more serious offence?

ABH (actual bodily harm) and GBH (grievous bodily harm) are offences under the Offences Against the Person Act 18611. Both are preceded by the term ‘Assault occasioning…’ with the ABH or GBH determined by the level of injury sustained.

Assault without injury would be recorded as a common assault, but where the victim sustains injuries, the offence will be increased to either ABH or GBH.

According to the Crown Prosecution Service (CPS), the offence of ABH is committed ‘when a person intentionally or recklessly assaults another… causing actual bodily harm’. 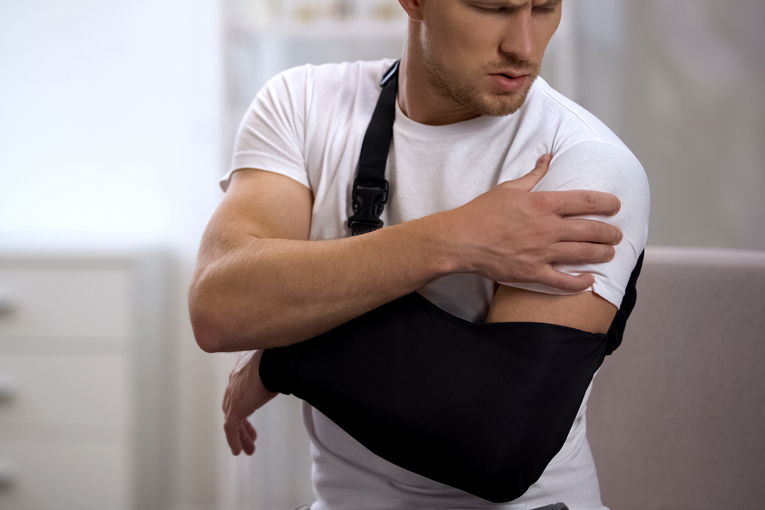 ABH injuries are those who are of provable detriment to the victims’ health but are not deemed serious. These can include scratches, reddening of the skin or light bruising. Assault occasioning ABH can be committed deliberately by physically attacking the victim, e.g. punching them, or recklessly by behaving in a manner ‘likely to cause’ injury such as riding a pushbike at speed in a pedestrian area and colliding with someone, even if there were no intent to cause harm.

On the other hand, GBH includes more severe injuries which are deemed to be critically detrimental to the victims’ health. It is the most severe level of assault and as such, carries more substantial penalties. It is an offence which is generally considered to cover injuries such as severe bruising or broken bones but can also include transmission of disease or psychological problems suffered by the victim as a result of the incident.

So, if for example, in the current climate, an offender was to deliberately cough on their victim during the coronavirus pandemic causing the victim to contract the virus, the offence would almost certainly be classified as GBH. If however, the victim did not contract the virus but suffered anxiety and distress because of the assault, the offence could still be classed as GBH.

How severe an offence are they?

If the Magistrates elect that the circumstances or aggravating factors of the case deem it necessary for it to be heard at Crown Court, then they can make that decision and refer it to be heard ‘on indictment’.

What are the punishments for ABH?

The penalties for ABH are wide-ranging and can be anything from a Community Resolution, the very lowest form of intervention which is arranged through the local police constabulary and does not require an arrest, legal representation or a court appearance, to a prison sentence following conviction at Crown Court.

The maximum term of a custodial sentence for ABH is five years’, but a first-time offender is rarely sent to prison on conviction with courts preferring community orders or fines under these circumstances. If a judge decides that a prison sentence is required, they must consider the guidelines for harm and culpability laid down by the Sentencing Council. The sentencing guidelines for ABH fall into three categories, with

What are the punishments for GBH?

In the case of GBH, the law makes a distinction between whether the assault was intentional (Section 18) or reckless (Section 20). So, for example, if the offender punches the victim during an argument causing the victim’s nose to break, the offence will most likely be classified as reckless GBH as it may be difficult to prove the offenders’ intention to cause that level of injury.

If, however, the offender uses a knuckle duster, then it is likely that the CPS will decide that there was an intention to cause GBH level injuries and this will be deemed a more serious offence.

GBH can be recorded where there is any breaking of the skin, and so there are occasions where GBH would seem a harsh crime to record given the actual level of injury. Some of these would be dealt with by way of Community Resolution. However, for those which fit the intended criteria of GBH (i.e. serious injury), the sentencing guidelines are similar to those of ABH with the judge required to balance harm and culpability in making their decision.

What is the Crime and Disorder Act 1998?

Aggravating factors can include intent to harm the victim because of their gender, sexuality or disability. The Crime and Disorder Act 1998 states that an assault becomes racially aggravated if at the time of committing the offence or immediately before or after doing so, the offender demonstrates hostility towards another person based on their membership – or presumed membership – of a racial or religious group, or if the offence was motivated by hostility towards members of a racial or religious group based on their membership of that group.

Other aggravating factors include a significant degree of premeditation, an intention to cause more severe harm than that which resulted from the offence, deliberately targeting a vulnerable victim and being a lead member in a gang. Factors taken into consideration when determining lower culpability include a subordinate role in a group or gang, a high degree of provocation, a lack of premeditation, excessive self-defence and a mental disorder or learning disability which is linked to the commission of the offence.

Whether you have been charged or accused of common assault, ABH or GBH; both are grave offences. Conversely, if you have been injured intentionally because of a criminal assault, you could be entitled to compensation. Do not delay in seeking legal advice. If you have any questions, concerns or queries about an arrest for ABH/GBH or an accurate assessment of how much compensation you can expect to receive, then reach out and speak to one of our many criminal law solicitors.