Paedophile hunters evidence can be used in prosecutions

Supreme Court rules that there is no right to engage in paedophilia and children’s rights must be protected so decoy evidence can be relied upon to obtain a conviction.

WARNING: The facts of this case may be regarded by many as unpleasant, concerning, and unsettling. Nonetheless, it is our duty to report its impact and ensure that children are protected within the law.

The UK’s Supreme Court has unanimously ruled that evidence from so-called “paedophile hunter” groups can be relied upon in criminal proceedings and does not infringe upon one’s right to a private life under Article 8 of the ECHR. The ruling provides that courts may admit “sting” evidence and give it such weight as deemed appropriate.

In particular, Lord Sales said, “… in order [for the accused’s rights] to be protected, the activity in question should be capable of respect within the scheme of values which the Convention on Human Rights exists to protect and promote…“

This is a monumental decision with widespread implications within our criminal justice system. Prosecutors can now be confident that this type of evidence will be admissible in criminal trials. It is our considered opinion that had the result gone the other way; the consequences would have been manifestly unjust. 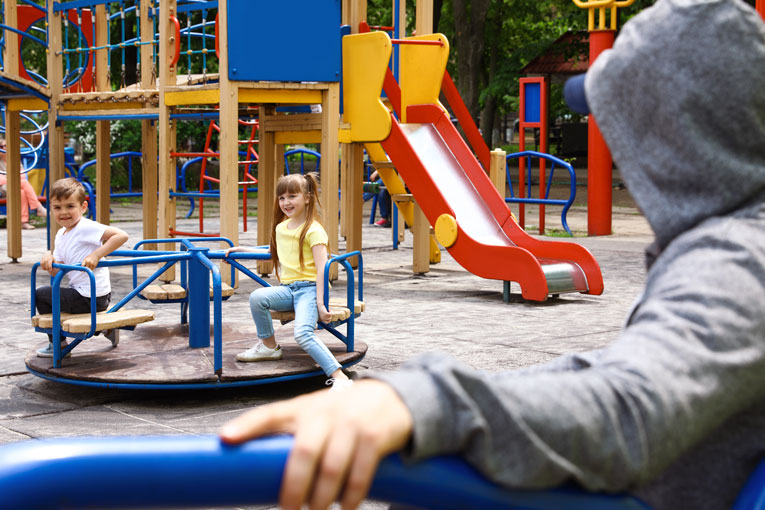 Mr Mark Sutherland was convicted in August 2018 for offences relating to sexually motivated communications with a 13-year-old boy. Mr Sutherland had sent the child sexually explicit images and messages and subsequently arranged to meet him. Unbeknownst to Mr Sutherland, he was actually communicating with adult members of a paedophile hunter group named ‘Groom Resisters Scotland’.

When Mr Sutherland arrived to meet the ‘boy’, he was met with members of the group who filmed the encounter and posted the footage online. Mr Sutherland was subsequently arrested, convicted, and sentenced to jail for two years.

Mr Sutherland appealed his conviction first to the High Court and second, upon the former’s rejection, to the Supreme Court. Both appeals were based on arguments that the evidence produced by Groom Resistors Scotland was in breach of his right to a private life under Article 8 ECHR.

Who are paedophile hunters, and why are they so controversial?

Paedophile hunters set up fake social media profiles in order to ‘catch’ paedophiles and bring them to justice. While over 100 different paedophile hunter groups exist, their general strategies are not dissimilar to what occurred to Mr Sutherland.

Members create fake profiles, under the guise of young teenagers or older children, and communicate with adults who message them. If the paedophile tries to meet with them, one or more members will turn up and film the interaction. This sting evidence (also known as a “decoy” or a “set-up”) is often posted online.

The evidence produced by paedophile hunters has always been controversial. The National Police Chief’s Council has previously criticised hunters’ as vigilantes who use violence and extortion against their targets.

One such target, David Baker, committed suicide three days after being confronted by the ‘Southampton Trap’ group. Furthermore, the NSPCC has suggested that, with up to a million YouTube views, public footage may incidentally harm children further by interfering with investigations.

On the other hand, over half of the people prosecuted in 2018 for child grooming offences were charged following evidence produced by paedophile hunting groups. Indeed, from a practical perspective and against the context of an underfunded police force, paedophile hunters are often welcomed as citizen journalists helping to provide crucial evidence and exposing dangerous paedophiles.

What did the supreme court decide?

The Supreme Court unanimously dismissed Mr Sutherland’s appeal. It was argued that his right to a private life under Article 8 ECHR was not interfered with at any stage.

There were two fundamental reasons for this judgment. First, Mr Sutherland’s conduct had negated his right under Article 8 because the duty to protect children takes priority over his interest in being allowed to engage in the conduct. Secondly, Mr Sutherland had no reasonable expectation of privacy because not only did they not have a relationship of confidentiality, but Mr Sutherland believed himself to be communicating with a child who could reasonably tell an adult about the messages.

Why does this matter?

The Supreme Court is the highest court in England and Wales and has therefore set precedent for all other courts. If a defendant is found guilty due to evidence from a paedophile hunter, they can no longer claim their right to a private life was breached.

Whilst this landmark ruling does not address the underlying problem that minors remain at risk of abuse, it sends a clear message that such evidence will be admissible in court. This case not only paves the way for many more prosecutions based on evidence from paedophile hunter groups but may well encourage police to regulate and work with such groups to eliminate the concerns raised earlier about their conduct.

In a broader sense, this case could drastically alter the way citizen journalists are treated by the law and may encourage members of the public to start taking an active role in the community.

Most importantly, however, this decision is welcomed for rightly prioritising the wellbeing of vulnerable children and is sure to bring many paedophiles to justice. Common sense prevails.

Looking for a lawyer?

Are you looking for lawyers involved in the sexual exploitation of children? Contact sexual offence solicitors at SBPlaw and get professional legal advice.

As we enter a new age of technology and social media, citizen journalists are becoming an ever-increasing mode of gathering evidence. With over 100 groups, paedophile hunters are a fundamental example of this.

This ruling has drastically changed how the legal system views such evidence and the coming months may well see a significant increase in the prosecution of paedophiles. Nonetheless, there is much work to do to ensure the safety of children is paramount.

The Solicitor General for the Crown Office, which opposed the appeal, put the case to the Supreme Court that in any criminal prosecution of sexual conduct between an adult and a child, there is no expectation of someone’s right to privacy.

“There is no right to respect for such behaviour in a democratic society.” (Alison di Rollo QC)

Our team of specialised sexual offence solicitors dealing with child sexual abuse offers unmatched support in all matters. Our lawyers have dedicated their careers to helping victims of physical and sexual violence, and we are ready to assist.

How are Lasting Power of Attorney and Protection Deputy Order different?

Covid-19: Remote Execution and e-Signatures in the UK

How much does a solicitor cost when buying a house?