Workplace Bullying: What can you do about it?

‘Bullying’ commonly conjures up images of children running around a playground, making fun of one another. Although childhood bullies should outgrow their disrespectful and unruly behaviours, this does not always happen.

Workplace bullying remains a terrible issue for both employees and employers. Harassment in the workplace can be a negative influence in several ways. Its impact on the targeted individual can be horrible. Further, the overall culture of the work environment and the productivity of others can also be negatively influenced. 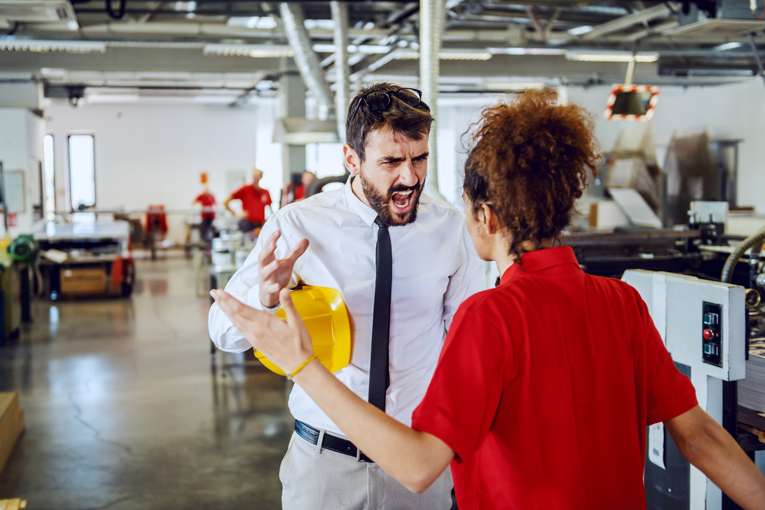 Identifying what constitutes workplace bullying and outlining a plan of action for, if and when it occurs is critical. It is in both the employee and the employer’s interest to maintain a healthy work environment. Having workers who feel safe, comfortable, and are performing their jobs to their fullest potential is critical in the long-term success of a company.

What is workplace bullying or harassment?

Bullying has no official definition. Generally, it is defined as ‘offensive, intimidating, malicious or insulting behaviour that can make one or more people feel vulnerable, upset, humiliated, undermined or threatened’. The Health and Safety Executive states that this must be a pattern of behaviour rather than an isolated instance.

Harassment, unlike bullying, does have a legal definition. The Equality Act of 2010 defines harassment as “unwanted conduct relating to a protected characteristic that has the purpose of 1) violating a person’s dignity or 2) creating an intimidating, hostile, degrading, humiliating or offensive environment.”

Protected characteristics include things like age, disability, gender, race, religion, sex or sexual orientation. Unlike bullying, harassment only needs to occur once to be considered an offence.

Bullying or harassment in the workplace can vary from overt actions to subtle gestures. These can include a range of:

What are some categories of bullying or harassment?

There are four primary forms of workplace bullying or harassment:

Public humiliation can often have the most severe psychological toll on the victim. Usually, this happens when a supervisor or co-worker wants to tear down a fellow employee for any number of reasons.

On the surface, verbal abuse can seem more benign than physical abuse. Statements of public humiliation can include saying things like “did you think that performance was good enough?” or “that was a sub-par presentation from you.” Public humiliation is more often than not a sign that the bully is jealous or unconfident in their abilities. They may want to bring down individuals whom they perceive are, or have the potential to do, better than them.

It can be easy to point to one person within the company as the main bully or perpetrator of harassment. This blame most commonly falls to those in managerial positions. That said, workplace bullying can sometimes manifest in forms of ‘team bullying’. In many cases, it is easier to be “in the group” than “on the outside.” Within a team prone to bullying, it is a common phenomenon for one individual to be targeted and left out for no valid reason. The other members of the team form a group which either intentionally or not, make the individual feel subjugated repeatedly.

Some behaviours involved in team bullying include:

Playground bullying is similar to team bullying but often takes place outside of the immediate workplace. It can be passed off as “not being so serious” or “not being intentional.”

However, it is essential to recognise that the work culture extends beyond the four walls of the office building; things like cyberbullying. For example, being the only individual not invited to team events, passing someone’s work as your own on an email sent from home, etc. These are all forms of workplace bullying that may not be overtly offensive in the workplace context specifically, but can still negatively influence the workplace environment.

What can you do as an employee?

Employees should act swiftly to report and address any behaviour with which they are uncomfortable. Every company should have some policy for Anti-Bullying and Harassment that they can consult.

However, if the company does not have one, then the issue may need to be resolved informally. These resolutions may require having frank conversations with managers or colleagues who may not even be aware of how their actions are affecting those around them.

What can you do as an employer?

To avoid employee dissatisfaction and discomfort, all employers should have a clear Anti-Bullying and Harassment Policy within their Employee or Staff Handbook. The policy should be a living document, such that it is continuously updated with grievances and problems that occur every day.

Moreover, there also needs to be a transparent process for all issues that are reported. They need to be investigated, taken seriously, and a concrete disciplinary process must be in place for anyone found guilty of workplace misconduct. Mandatory training for all staff regarding Equality and Diversity problems is another way to mitigate potential issues before they arise.

Employers accused of not taking their employee’s grievances regarding workplace bullying seriously can be severely penalised. Vicarious liability refers to situations where someone is held responsible for the omissions of another individual. In the case of workplace bullying, an employer can be held liable for the acts or omissions of their employees. Legal suits can even be brought against corporations in severe circumstances.

Workplace bullying and harassment is a serious issue in today’s working world. Employees and employers alike have a responsibility to make their work environments a comfortable, safe, and productive environment for everyone.

If you are an employee and you are unhappy with how your employer has handled an issue, you should seek immediate legal advice. If you are an employer seeking help with the development of Anti-bullying policies, specialised employment solicitors can also be of great help. Reach out today.