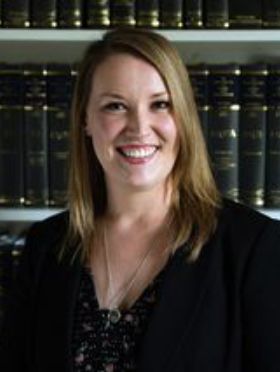 Hollie obtained her LLB (Hons) in 2009, before passing the Legal Practice Course with distinction in 2010 at Anglia Ruskin University. Hollie undertook her training contract at an Essex firm and qualified as a solicitor in 2012. Hollie has experience of working in private practice and at a local authority, as an in-house solicitor. Since commencing her training contract in 2010, Hollie has focused her specialism on family law matters.

Hollie advises on all types of family matters, including divorce/financial matters (including high net worth) issues in relation to children, domestic abuse, cohabitees, separation, pre and post nuptial agreements and cohabitation agreements.

Hollie is a member of Resolution: First for Family Law. Resolution members are committed to the constructive resolution of family disputes and follow a Code of Practice that promotes a non-confrontational approach to family issues.

Hollie prides herself on providing clear, honest advice in a timely, focused and sympathetic way.

‘From my first meeting with Hollie she was amazing, made me feel at ease, explained the process in simple terms and has made me feel empowered and confident…her responses are always prompt…I feel confident that she has my best interests at heart…’