Do you legally have to attend Jury Service?

How did the jury begin? 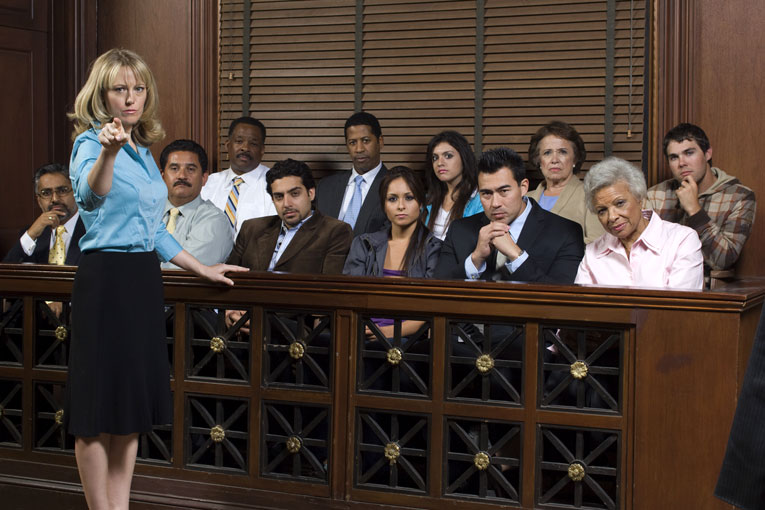 However, rather than the jurors listen to facts presented in a court of law, they were charged with investigating the disputes themselves in order to reach a decision. Between then and the 16th century, the jury system changed, with the introduction of the “grand jury” which, once again bears little resemblance to what was referred to as a ‘grand jury’ up until the time it was abolished in 1930.

While you may have heard of a grand jury more recently, the chances are you were either reading or watching something about the USA.

By the mid-14th century, the 12-man jury had appeared.

However, similar to the original juries, jury members were selected either because they knew the party/parties involved and the details of the case, or they were prepared to find them out. By the 17th century, less emphasis was being placed on juries to establish the facts, and they relied more on the trial process to inform them of events. In 1641, the Act of Parliament which abolished the Star Chamber underlined the right of citizens to be judged by their peers.

The independence of jurors was cemented into the law after two Quakers were charged with unlawful assembly in 1670. William Penn and William Mead were found not guilty of the charge by a jury of 12 men in the Central Criminal Court of the Old Bailey. Unhappy with the verdict, the presiding judge promptly jailed all the jurors until they changed their verdict, which they refused to do. Eventually, the Lord Chief Justice intervened to free the jurors, while Penn and Mead remained incarcerated as they had failed to remove their hats in court.

The trial became known as “Bushel’s Case” as it established, beyond doubt, the independence of jurors in the English legal system.

However, it was not until 1920 and the effects of the suffragette movement that the first women appeared on a jury.

Who cannot sit on a jury?

Today, you have to be between the ages of 18 and 70 to be eligible for jury service. You will be excluded from any list of suitable jurors if you have been detained under the Mental Health Act or lack the appropriate capacity as defined under the Mental Capacity Act 2005. If you have served a prison sentence within the last ten years or are currently on bail, you will also exclude you from jury service.

Similarly, if you have not registered to vote or have not been resident in the United Kingdom, the Isle of Man, or the Channel Islands for a minimum period of five years since your 13th birthday, you will not be eligible to sit on a jury.

How do you know when you have been selected to sit on a jury?

If you have been selected for jury duty, approximately nine weeks before having to appear in court, you will receive a jury summons, which you must reply to within seven days or you will be liable to a £1,000 fine. It should be noted that you will not be provided with any information about the case you will be a juror for, you will only find that out on the first day.

The straightforward answer to this question is no; jury service is not optional. You are allowed to defer jury duty one time only, and it must be for a valid reason, such as a booked holiday or surgical procedure, though proof must be presented when you return the jury summons.

The Jury Central Summoning Bureau must be advised why you are unable to attend. The only time you can be entirely excused from jury duty is if you have served on a jury before within the previous two years.

What about the financial implications of being forced to attend jury duty?

If there is a significant downside to the jury system, it is the fact that jury duty is just that, it is a ‘duty’, and is therefore unpaid. You are allowed to submit a claim for living expenses incurred, including accommodation and food, transport, etc., but you cannot claim for lost earnings.

Curiously, while your employer cannot sack you for lack of attendance if you are on a jury for a particularly long-lasting trial, they are under no obligation to pay you while you are away from work.

However, providing your employer agrees, and subject to financial limitations, they can pay you and complete a Certificate for Loss of Earnings form.

The problem is worse for those who are self-employed, and there have been many instances where jury service has caused tremendous financial problems for jurors. While the average trial by jury lasts ten days, there are notable exceptions such as the trial of Edwin and Lorraine McLaren, who were charged in 2017 with 29 counts of property fraud. While the jurors had been warned that the trial might last up to six months, it lasted for over 20 months!

There is another aspect of jury duty that can have a drastic financial effect, and that is the inability to work afterwards, or having the quality of your work affected by having spent time sitting on a jury. In the case mentioned above, one for the jurors, a woman who was a travel agent, returned to work, attended a two-day training course, and was then unable to continue working owing to the mental toll the ultra-long trial had taken on her.

Similarly, many jurors have struggled to cope with the effects of sitting on a jury where there has been a particularly horrific crime involved, such as child abuse, or infanticide. Once again, the only financial assistance jurors can obtain if they are unable to return to work immediately is sickness benefit, which is a mere fraction of a standard wage.

Your employer must allow you time off if you are called up to serve on a jury. They can not discriminate against you for going on jury service.

Your employer can ask you to try to delay your jury service if your absence would seriously harm their business. You will need a letter from them explaining why.

If you have been dismissed for going on jury service, you could take your employer to an employment tribunal. Contact an employment lawyer now!