There are many different reasons why a secondment might be a good idea. For example, it is an opportunity for an employee to develop new skills in another department or company. In turn, this can yield a range of benefits to the company or department upon the seconded employee’s return to their original role.

It can also be a fantastic way for an employee to build their CV, network with other professionals and business contacts, boost their self-confidence, or even avoid redundancy if their current position within the firm they work for has become untenable. 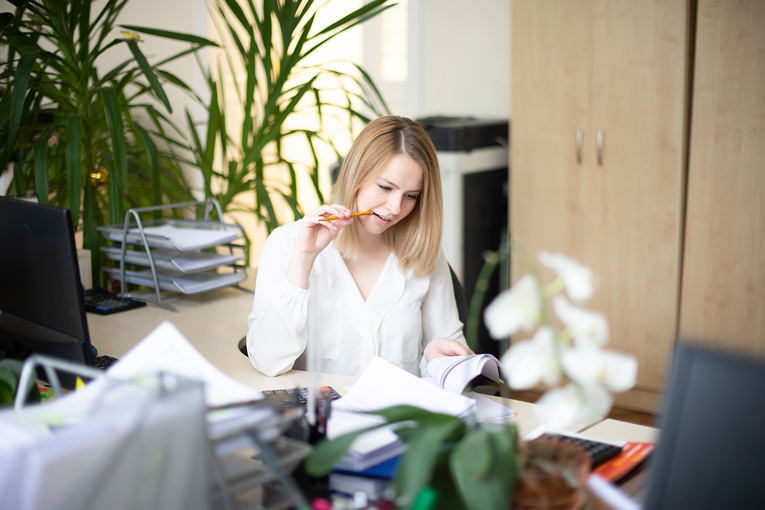 Whatever the initial motivation, a good secondment agreement is usually highly beneficial to both the employee and the employer, as well as to any third party or company who may be involved.

But what is a secondment agreement? What are the upsides to taking part in one, and what are the potential pitfalls that need to be considered and accounted for?

What is a Secondment Agreement?

The general idea behind them is that they allow an employee to develop new skills, improve their CV and generally broaden their horizons and gain new experiences. This is beneficial to the employee undertaking the secondment, but also to the employer, who will prosper from having a more skilful, experienced and productive member of the team once the placement has ended.

Although the length of time for which the employee will be seconded elsewhere must be predetermined within the agreement, there is no time limit on how long this can last, so the employee can be away for as long as is required.

The majority of secondments are internal ones, occurring either between two different departments of the same business or two firms who are under the same company ‘umbrella’. They are generally considered to be much easier to set up than their external counterparts, as they can be done as an informal agreement between departments with no need for a legal contract.

Furthermore, there is a limited amount of other paperwork involved as the payment method for the employee’s salary remains the same, even if the total sum being paid is different to what they would receive in their usual work role.

However, external secondments will sometimes take place between separate companies, usually when there is a link between the two firms involved, such as a commercial partnership of some description.

Unsurprisingly, an external secondment is more challenging to set up than an internal one because a third party (another company) is involved. For example, a specific agreement must be drawn up following the review of the employee’s existing contract. Legal rights must be clarified, and it must be specified which employer is liable for the secondee for as long as the placement lasts.

Typically, the original employer will still be officially regarded as the firm the secondee works for. The scheme works a bit like when a football player is ‘on loan’ to a different club than the one they usually play for. Although the host company typically pays the employee their salary for the duration of the secondment, this is not always the case; such is the seemingly endless variables involved in external secondment agreements.

Whatever the eventual agreement ends up looking like, all three parties must agree to all terms before the secondment itself can begin.

What are the benefits of a secondment?

There is a range of different reasons why a secondment may be offered to an employee. Aside from the obvious ones, a company boss may offer one to a staff member whose current position within the firm is no longer viable, but they wish to retrain them instead of making them redundant. To do this, the secondee can be transferred to a different department or company and learn their new skills on the job while still being paid their salary.

Alternatively, it can be a move intended to breathe new life into a stagnating department when the secondee returns, armed with a new range of skills, ideas and vigour.

Furthermore, a larger company that operates across different geographical areas may wish to move some of its staff around its various branches. This way, secondments can be used to spread the company culture universally throughout all of its outlets and result in a greater sense of all-round cohesion.

An employee requesting a secondment

In some instances, the employee can initiate a secondment for themselves. The list of reasons a team member may wish to do this is incredibly broad, and they can be both professional and personal.

For example, an employee may want to develop their career by learning some new skills, boosting their CV and taking on new challenges that may be outside their comfort zone.

Alternatively, a driven employee who has ideas and designs on future promotion within the firm may want to temporarily work in a different department to see how the other side of the business operates, or perhaps network with potential business contacts through an external secondment.

It’s not uncommon for an employee to want to embark on secondment for professional and personal discovery, to see things differently and subsequently return to their old post with a renewed sense of enthusiasm for their work.

It is critical for any employee who is actively seeking a secondment to explain to their existing employer what the net benefit to the company will be at the end of the placement. An employer who values the happiness and the career goals of their staff members will usually listen and consider everything.

In this situation, the would-be secondee must be able to demonstrate to their current boss that such a placement would benefit the company and in what specific way(s). This should be done before approaching the department or company they wish to be seconded to and are prepared to follow up the initial discussion with their employer with a formal written request.

If the employer is successfully sold on the idea then they may even be prepared to approach the department or company on the employee’s behalf, thus increasing the chances of acceptance due to their greater pull, pay grade and authority.

Making the most of a secondment

There are many ways in which a seconded employee can make the most of their temporary transfer by:

Things an employee should be aware of

An employee wishing to enter a secondment should be mindful that employee rights, such as protection against unlawful discrimination and unfair dismissal, only stand if there has been ‘continuity of employment’ with the employer. It is therefore critical for them to ensure the secondment agreement states that their statutory period of continuous employment remains intact, even if the secondment is an external one.

Furthermore, all likely eventualities should be clarified in advance. For example, the secondee should be in no doubt as to which employer they must notify in the event of illness or wishing to take annual leave. They should also be fully aware of how and when the secondment will end and/ unless otherwise agreed in advance, that their old job will still be waiting for them.

Finally, although a secondment (especially an external one) is essentially a new job, the grace period for settling in is likely to be much shorter, so the secondee should prepare thoroughly in advance to be able to hit the ground running on day one.

From an employer’s perspective

A good employer will generally be amenable to the concept of secondment agreements. As previously noted, they are a great way to improve the skills and experience levels of employees, thus investing in the future of the company.

Things an employer should be aware of

A secondment agreement should be deliberately broad in terms of outlining the duties of the employee for the duration of the placement. This is to avoid unreasonable limitations on what tasks the host company may require the secondee to carry out while working for them.

Ideally, all three parties should be involved in drawing up any external secondment agreement, as all three have to sign it before it can come into effect. In this regard, external agreements are different from internal ones which, as alluded to earlier, can be an informal consensus between company departments.

One of the main drawbacks with external secondment agreements is how costly they are to draw up, thanks to the legal requirements that must be adhered to. It’s vital that the agreement clearly outlines which company will be responsible for paying the employee’s salary, also taking into account factors such as bonuses, expenses, overtime and training costs, leaving no room for later disputes of disagreements.

Any agreement should also include preparations for the end of the secondment to ensure the seconded employee’s transition back into their old role is as smooth as possible.

There awaits a vast myriad of potential problems if an external secondment agreement is poorly written or overly ambiguous.

Finally, a responsible employer should be aware of the potential of personal upheaval for the seconded employee, mainly if the post they’re being endorsed to is based far away from their family and friends. Therefore, bosses or managers should consider employees on an individual basis when deciding whether they’re suitable for a particular secondment or not.

If you need to professionally draw an agreement to second an employee to another business, and clarify the legal responsibilities, contact an employment solicitor for advice. 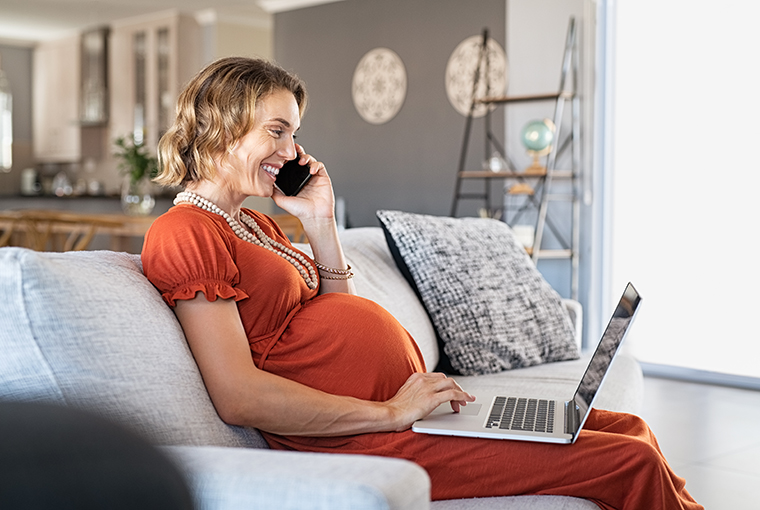 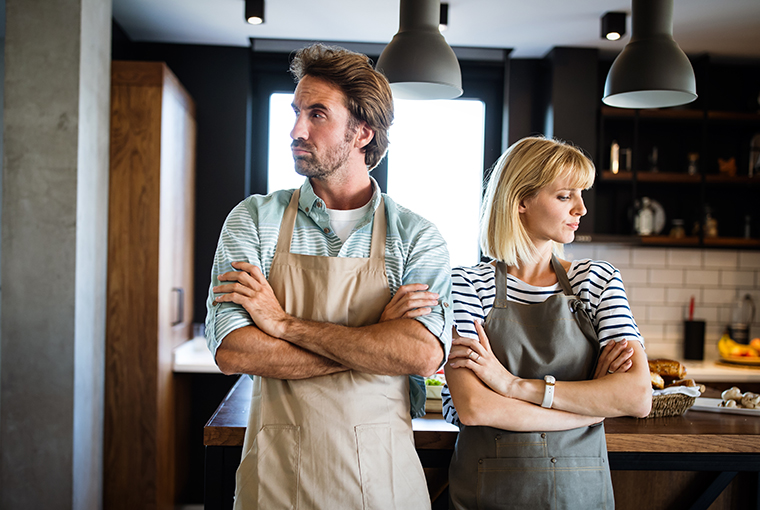