Reassessing the balance between creditor and debtor interests 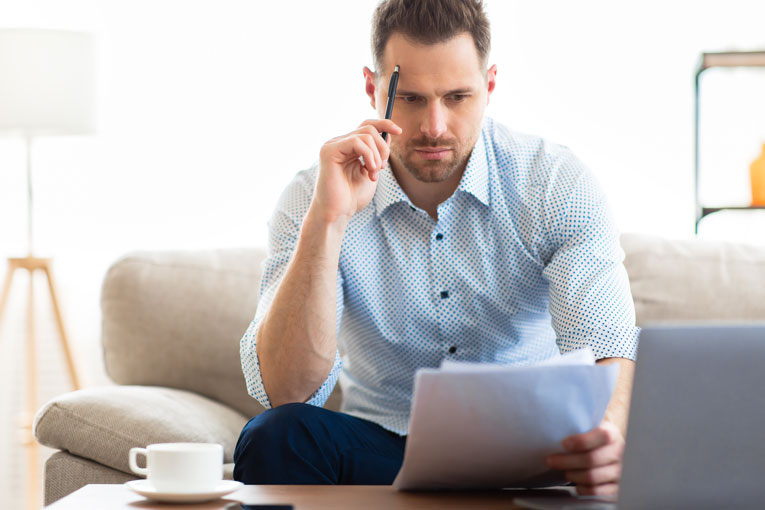 The debtor-friendly Act is a significant piece of legislation published in response to the harsh repercussions Covid-19 has had on the economy. The Act introduces new protections (both temporary and permanent) which will no doubt be welcomed by businesses. As previously discussed, the Act plays some role in readdressing the balance between creditors and debtors, providing additional protection for the latter.

Under section A18(3) of the Act, companies are entitled to a payment holiday for certain debts incurred pre and during the moratorium (e.g. trade creditors, tax liabilities, rent). There must be a proposed monitor, i.e. a qualified person to observe the moratorium, but the company will remain under the control of its directors. As such, the moratorium provides a breathing space of twenty business days under section A9(2), extendable for a further twenty days.

It is noteworthy that directors can extend the moratorium more than once with or without consent of the creditors. Therefore, a struggling business has protection from aggressive creditors while evaluating a rescue plan, although, the ability to extend without their consent is likely to supplement their aggression.

Under section 233 Insolvency Act 1986 (“IA 1986”) officeholders can limit the ability of essential suppliers to impose continued supply of service. The Act introduces section 233B to the IA 1986 which states that when a company is in a relevant insolvency procedure, any provision in a contract for the supply of goods or services will cease to have an effect.

Although, exempt from this are those supplies classed as essential and suppliers and contracts involved in financial services. Similarly, small suppliers are temporarily exempt until 30 September 2020.

The Act also introduces Part 26A into Companies Act 2006 (“CA 2006”) which establishes a new restructuring process. This is additional to the two pre-existing procedures, Creditors’ Voluntary Arrangement (“CVA”) and Scheme under Part 26 CA 2006, for compromising with creditors.

Under the new process, companies in financial distress will be able to propose a new restructuring plan. A crucial difference between this and the two procedures mentioned above is that a court may sanction the plan, despite dissenting creditors, providing that a) the class or classes that voted against it are no worse off b) at least 75% of creditors, by value, within at least one class of creditors who would receive something in the next most likely outcome vote in favour of the plan.

To put this in industry context, at present, CVAs are widely used by reputable retail companies – note Debenhams, New Look and Toys R Us. According to R3’s May 2018 evaluation of CVAs, of the 552 CVAs commenced in 2013, only 18.5% were fully implemented, and 65% were terminated without achieving their intended aims.

Hence, we are curious to see how the power of the court to impose a plan on dissenting creditors will play out in practice in light of the number of CVAs approved and, of those, that failed to achieve their aims.

Schedule 10 section 1(3) of the Act bought an extension to the prohibition on serving a winding-up petition, and the relevant period is now from 1 March 2020 to 30 September 2020.

Furthermore, if the court is not satisfied that they have reasonable grounds, the petitioner could potentially be liable for costs. This poses a significant hurdle on petitioning creditors, gives rise to uncertainty and further reduces the options available to creditors when they are likely to be suffering financially from the impact of coronavirus.

It is uncertain to what the threshold of the coronavirus test will be in practice, but we have found that where the company fell into financial difficulty in the latter part of 2019, it is relatively easy for the petitioner to satisfy the coronavirus test. However, the burden may be harder to prove if the money owed fell due closer to the rise of the pandemic; therefore, creditors will have to approach payment demands with caution during the relevant period.

From 1 March 2020 until 30 September 2020, section 12 of the Act temporarily relaxes the rules on wrongful trading (section 214 IA 1986). The relaxation is that the court is to assume that the director is not responsible for any worsening of the financial position of the company.

Although there is no impact claims brought for fraudulent trading or misfeasance, sections 212 and 213 IA 1986 retrospectively.

The suspension on wrongful trading temporarily removes section 214 IA 1986 which in the ordinary course of business acts as a deterrent. With its temporary removal, it is hoped businesses will be able to carry on trading. The Act, therefore, inadvertently protects individuals (directors including shadow and de facto directors) whom, without the relaxation, may be liable for debts incurred after the director knew, or ought to have concluded that there was no reasonable prospect that the company would avoid going into insolvent liquidation (section 214(2)(b) IA 1986).

This is a positive step as it enables and encourages directors to focus on trade without the fear of liability. However, what is distinctive about this provision is that there is no nuance of the coronavirus test; in fact, the relevant section does not mention the virus. This means that there is no requirement for the company’s worsening financial position to be caused by coronavirus, which comes as somewhat a surprise.

While the new measures apply to most companies, certain specified companies to include insurance companies, banks and investment firms, building societies and credit unions are exempt from many of the above. For example, moratorium and the suspension of wrongful trading will not be available to individual financial services firms. Financial services are also unable to access priority ranking among unsecured creditors during a moratorium to accelerate their debts.

Under the Act, the Secretary of States regulation over pre-pack sales to associated entities was reintroduced. There is now a requirement for a written opinion from the pre-pack pool confirming that the sale is not unreasonable. The Secretary of State will also temporarily be able to extend filing deadlines at Companies House.

Finally, the Pension Regulator and the Pension Protection Fund have additional rights in respect to the moratorium and new restructuring plan to include the right to receive information directly and the ability to be treated as creditors.

The Act is both a partial response to a long-term call for reform and an emergency initiative to assist in providing a life-line to companies which are suffering during the current crisis. The Act can be seen to take positive steps to be advantageous to debtors but potentially at the detriment of creditors.

Our highly experienced team of commercial lawyers are available to advise and assist you, and wherever possible, provide solutions.