How to evict squatters legally? Do they have rights?

If someone enters a property deliberately without permission and the begins living there, this is called ‘squatting’. The legal term for ‘squatting’ is ‘adverse possession’. It is illegal and squatting in a residential building can lead to a £5,000 fine, a 6-month prison sentence or both. 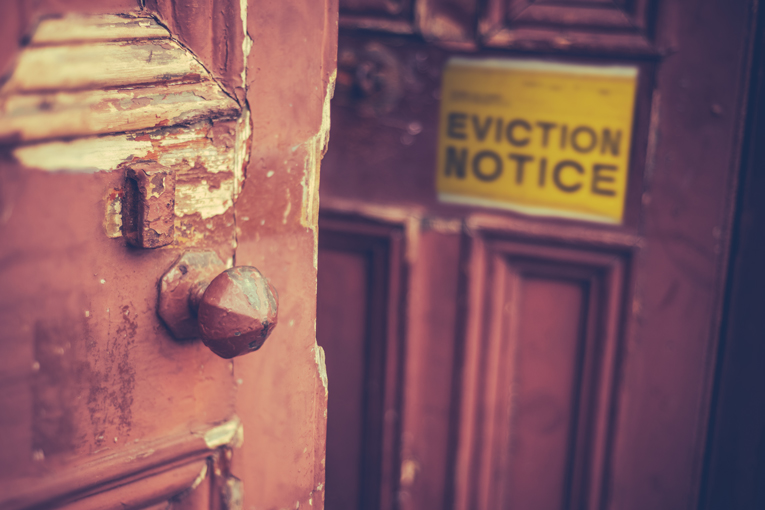 Squatting is not something new in the UK. It has been an issue right back to the 1381 Peasant’s Revolt(1). The Second World War also saw an increase in homelessness and so squatting became frequent too. The 1960s saw a further increase due to the housing crisis at the time. Today, squatters in the UK are usually due to homelessness, poverty, recreation and even protests. There are even companies that deal with squatter evictions today too.

A squatter who is trying to live on premises that they do not have permission to live in usually comes in three types:

A landlord should carry out regular vacant property inspections to ensure that the property is not occupied for the insurance policy. Due to the lack of crime in squatting in a commercial building, squatters regularly target this type of property, especially given that they are often open to the public.

The police can only act on squatters if they are committing another crime such as damaging the property on entering (such as smashing windows to gain entry) or other damage whilst living there. Other examples of how the police can evict squatters from non-residential properties are:

It is also a crime if someone refuses to leave property or land if they have been asked to do so by the police, the council, the owner, or if there is a repossession order.

Dealing with squatters as a landlord

If a former tenant has stopped rent payments but remains on the property and has exceeded their notice period to leave, they can be considered as squatters. Dealing with a squatter is an unpleasant experience for many a landlord. It can be an extremely complicated and challenging situation to deal with. However, beginning the process of removing squatters is essential despite it being frustrating too.

When trying to evict and remove squatters, a landlord must not break the rules or violate the squatters’ rights. Landlords need to follow protocols and processes both to acquire the property legally and to prevent any other issues further down the line.

What are the squatters’ rights?

Before attempting an eviction, you must look at all the legalities first, especially if you are dealing with an occupier that claims they own the property.

First of all, their rights to the property must be clarified, and you should be sure that they do not have any property rights to it. This is where Squatters’ Rights or Adverse Possession (to give it its legal name) come into play.

Squatters’ rights refer to the rule that if someone has lived on the land for ten years and occupies it themselves whilst keeping the legal owners away from the property, they can claim the property legally. This goes up to 12 years if the property is not registered with HM Land Registry. This even applies if the rightful owners have attempted to take back the property or land during this period. If this scenario applies, property owners must seek legal advice before continuing any process.

For most landlords, this rule does not need to be considered as the majority would have removed any occupants before the 10-year date is reached. What is more, this rule is rarely used in private tenant and private property situations. Once a landowner has established that this rule does not apply to the property, the next steps toward removing squatters can be carried out.

Removing squatters from a property

As mentioned, this is often a complex and challenging scenario. Evicting a squatter efficiently is vital for landlords. As a landlord, you need to protect your property and ensure that the residents are both paying rent and occupying your property legally.

Let us look at the steps you should follow in trying to evict squatters.

If a squatter is a trespasser and not a former tenant who has turned into a squatter, you should telephone the police. The squatter, in this case, is breaking the trespassing laws and the police should be able to remove them.

If you contact the police and they stipulate that the matter is a civil one or if the squatter is a former tenant, you should take the next steps.

If you have not already, you should file a notice for eviction and send an eviction notice to the squatters. Lots of squatters leave when issued with eviction notices as they realise the seriousness of their illegal occupancy.

You could apply for an Interim Possession Order if you discovered your property has been subject to squatting within the last 28 days. You can file an IPO and send it to the county court in your local area. The courts then send you a confirmation and documents that you then issue to the squatters within 48 hours.

Once a squatter has been served with the IPO, they could be sent to prison if they fail to leave within 24 hours or fail to keep away from the property for the following 12 months.

To repossess your property, you need to claim possession. This can be done on the IPO form or online separately. However, you cannot use the IPO if you want to claim damages that the squatters caused, or if you are evicting a former tenant or sub-letter. You could make a possession claim if you discovered the squatting over 28 days ago.

An IPO comes with a fee or around £2,500 (inclusive of VAT). Another method is through the Standard Trespass Procedure, which costs around £2,000. This is cheaper, but it is a lot slower.

There are two ways which will help to prevent squatters in residential or commercial properties:

With a short-term vacant property, it is often not as appealing to squatters if it looks like it is occupied. If you do not use shutters, it needs to look as if it is busy. This can include using timer switches for the lights, placing fake plants on windowsills, and having someone to remove the post, open curtains, play music, and put the bins out. You could even offer a neighbour the use of the driveway as a deterrent too.

For full security, you should lock all access points properly. Replace any locks that are old or not fit for purpose and install other deadlocks too. Make sure any sheds or outbuildings have the same level of security too. Have some exterior security lighting that is motion sensor at the rear. Removing benches or ladders is also a useful deterrent for would-be squatters as it makes it more challenging to gain entry to upstairs or windows that are higher up.

For longer-term vacancies, this also needs to be stepped up a notch. Getting a CCTV camera and alarm system is a good idea. They can be monitored by a security team too. This is not only a deterrent but is also useful for any attempted squatting or vandalism within the property for insurance and criminal proceeding purposes.

Of course, none of these methods is fool-proof, and none will protect from squatters who are former tenants. To safeguard against potential squatter-tenants, you should ensure you seek multiple reliable references for any tenants looking to move into your property. Having a guarantor is also a good idea.

By following some of these methods, the risks of future squatters appearing on your property is minimised.

Contact our dedicated team of landlord and tenant solicitors to make the process of evicting squatters as straightforward and as stress-free as possible.