How long after divorce can you claim pension?

When a couple gets a divorce, their pensions typically are included in the financial part of the divorce settlement along with property and other marital assets. Without written consent or a court order confirming the settlement between the two parties, both parties can claim their ex-partner’s pension. 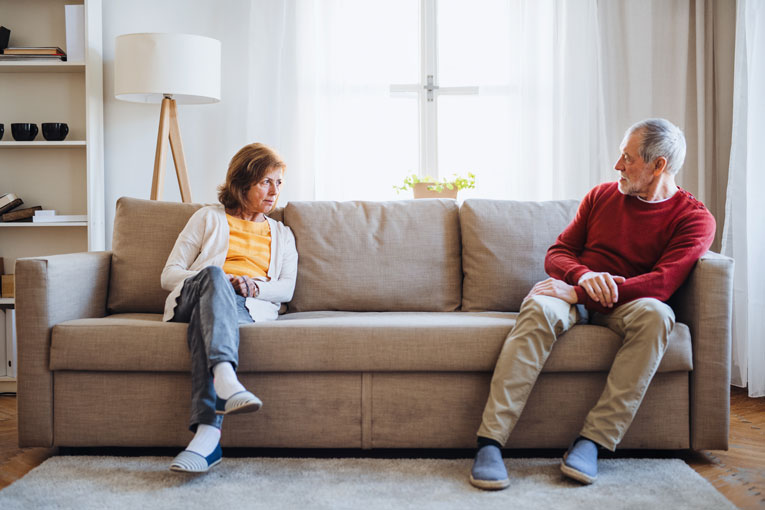 You could not split your pension when your marriage or civil partnership comes to an end if you were not legally married. If you were a married couple, options would differ depending on whether you are going through the processes of separation and divorce.

Separated spouse rights allow you to start claiming benefits from your partner even though you are only separated. However, you need to be in the process of getting a divorce before you can start exploring divorce entitlements such as financial benefits.

Typically when you get divorced, you must declare all of your possessions and assets and have them valued. Once you have had them valued, they can be offset against any other assets or funds. The combined pensions of yourself and your ex-spouse can be the most significant asset you will need to have assessed. You should include your pension in any financial settlement in a divorce.

You will have to find out the total value of all of your current and past pensions, including any personal or workplace pension schemes that you are a member of. Your State Pension should also be considered depending on your current circumstances.

How to split your pension?

You may not be able to split your pension; this is dependent on the part of the UK you live in. In England, Northern Ireland and Wales, the total value of both of your pensions will be taken into account. This can include any amounts you both saved before marriage. Pension dividing in divorce works differently in Scotland as only the amount of pension saved during your marriage counts. So anything that you both had saved early on in your careers or before you met does not count.

There are five different options to divide a divorce pension.

This option lets you take a percentage share of your ex-partner’s pension pot as soon as you have finalised the divorce. It provides a clean break which allows you to either join their pension scheme or transfer funds into your pension in your name.

This option is when you use your pension value to offset other assets, such as property. It may allow you to keep your pension; for example, your ex-partner is awarded a more significant percentage of another asset such as your family home.

It would help if you considered using this option as a small portion of your pension is paid to your ex-partner, usually when you start to withdraw your pension. Unlike a similar option, this option does not provide a clean break as one ex-partner is reliant on the other to begin withdrawing their pension.

This option is similar to a pension attachment order. This is a flexible option as it gives you the option to receive a lump sum when your ex-partner retires. This option is not available in Scotland but can be used everywhere else you can divorce in the UK.

If there is a gap in age between yourself and your ex-partner, and they are already withdrawing a pension, you can apply for something called a Deferred Pension Sharing Order.

A Deferred Pension Sharing Order allows the younger party to delay withdrawing their pension entitlement until they reach pension age. This option is not available in Scotland either. In certain situations where both yourself and your ex-partner have retired, pensions can still be divided. However, it is not possible to take a percentage as a lump sum.

Can my ex-partner claim my pension after divorce?

Yes, they can unless you have both signed a financial consent order following the divorce that states otherwise. Your ex-partner can claim for your pension after your divorce, especially if there is no signed and agreed financial agreement in place.

Pensions are some of the most significant assets in the marriage that can be claimed after divorce. Many ex-partners will seek to make claims against their previous partners; even if it has been years or sometimes decades after the divorce has been finalised. There has been a lot of high-profile cases in the media where an ex-wife of over ten years has claimed more money and assets a long while after the divorce took place. This is why you must deal with your pensions alongside your divorce proceedings.

Once you have settled with your ex-partner, you should instruct your solicitor to write up a consent or court order which will turn your financial settlement into a legally binding contract. As soon as the courts have seen this agreement, it will be legally binding. Neither ex-partner will be able to make any claims for money in the future.

Where there is a financial settlement that has not been formally agreed, and there is no consent order in place, both parties can exercise their divorce pension rights and can claim the other’s finances, and it does not matter how long they have been divorced. There is no upper time limit to this, and a claim can be brought at any time until a consent order is put in place.

While a consent order is not always necessary, it is the right way of protecting your pension when going through divorce proceedings. You should always include your pension in a divorce settlement, whether you are divorcing or dissolving a civil partnership. Only because, in England and Wales, the divorce does not necessarily cut the financial ties between ex-spouses, making it possible for one of them to make a claim on the other party’s pension years or decades down the line.

When seeking to separate a pension or a set of pensions, the way to do this is with something called a pension sharing order.

Divorce is stressful under any circumstances, and it will also have a lasting impact on your financial situation. This is especially true when you retire. If your pension plan is threatened, separating your assets from your spouse’s assets can be particularly tricky.

Usually, the pension earned by a spouse is regarded as the joint assets of both parties, which means that the pension can be divorced.

If the marriage is being split, you need to take measures to protect your pension as much as possible. Contact a divorce solicitor to help you understand your rights and what options are available to reach a compromise that will satisfy both you and your future former spouse.