What is an annulment of marriage?

Separation between couples has been on the increase over the years. Unlike before, it has become somewhat easier to bring a marriage to an end now. A marriage can be legally ended in two ways. These methods are annulment and divorce.

A divorce legally ends a marriage, and it is quite common. On the other hand, an annulment declares the marriage null and void, as though it was never in the picture. However, the two options of separation hold the same result. 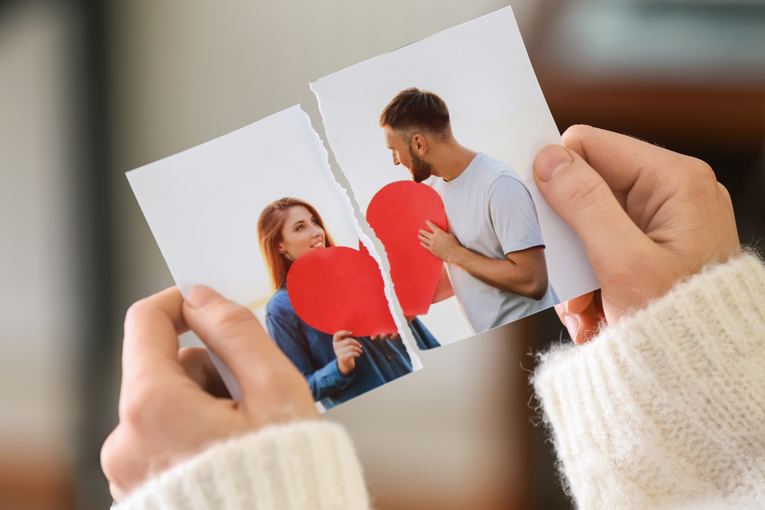 In an annulment, the parties are permitted to marry and start afresh. However, an annulment is possible under specific circumstances when certain conditions are met.

The situation never hinges on questions like, “Should I ask for my marriage to be terminated?” or “Do I file for a divorce?”. The question is always, “Should I opt for an annulment instead of filing a divorce?”

What are the types of annulment?

An annulment has the power to declare a marriage nullified. The two types of annulment are:

This is a marriage that does not have legal backing in the first place. This kind of marriage is void from the onset before the time of annulment. It may be dealt with by both parties as a marriage that has never taken place at all, even without any need for a decree to make it null by the court.

However, most parties will want to receive a decree so that they can take advantage of the court’s powers to settle financial issues according to the decree.

A void marriage is one where:

This is a marriage that had been valid and backed by the law until it was annulled. A wedding can be referred to as voidable on the following conditions:

There is only one ground for obtaining a decree of divorce, and that is if your marriage has irrecoverably broken down.

For you to acquire this, it must be proven that your marriage is irrecoverably broken down. To do this, proof of one or more of five facts needs to be cited.

Can I get an annulment?

Yes, you can. An application can be filed in court for an annulment in a situation where the marriage is either void or voidable.

What is the difference between annulment and divorce?

A divorce indicates the end of a marriage. Both parties, who once regarded themselves as been married legally, will now be considered as previously married.

However, partners who have had their marriages annulled no longer have any ties and will be viewed to have never been married by law.

Here are the key differences between annulment and divorce:

The basis for an annulment filing differs significantly from that of a divorce. For example, suppose the reason cited in the divorce petition is unreasonable behaviour. In that case, such behaviour only needs to be established in very loose terms, such as a spouse being excessively focused on their business and livelihood.

On the other hand, an annulment requires infallible proof that filing for divorce will not demand. For instance, there is no need to prove unreasonable behaviour when divorcing, if the other party does not object.

An annulment can be pursued faster than a divorce. No matter how early divorce is filed, the proceedings cannot commence until the parties are married for a year.

Why should you choose annulment instead of divorce?

The law enacts annulment. It is an intervention for those emergencies where it is crucial to you that marriage never happened in the first place.

This can be due to a traumatic situation that was shoved down your throat. It could also be for religious reasons considering future marriage.

Noteworthily, in the latter cases, there is a vast distinction between a legal annulment as illustrated here and an annulment in the Catholic Church. The former is law-based, while the other is religious.

Those who want to unknot the tie of their marriage rapidly may turn to annulment. This is so because a divorce cannot be applied for within the first year of marriage. Nonetheless, as was mentioned earlier in this article, there must be a clear legal reason before your annulment application can be processed.

Is the process of annulment difficult?

To affirm the process means they also believe the marriage to be valid, and they wish to match the annulment. If they do, the court will make directions according to their affirmation.

If an annulment is filed due to the absence of consummation of a marriage, the court may ask for medical examination as proof. In such cases that the examination proves consummation, the annulment cannot continue and will be considered invalid.

If the respondent concedes with the annulment and prefers not to defend it, it will progress just like a divorce until the decree of nullity is proclaimed.

By the way, if the respondent is likely to challenge an annulment, then it will be preferred to go for a divorce proceeding instead.

How probable is an annulment?

Annulment is of great possibility if your marriage falls under descriptions of ‘void or voidable’ type of annulment, as mentioned earlier.

Also, if it is applied for within the first three years of marriage, it is possible. In situations where the marriage can be easily verified to be void, the nullity process will be simple and straightforward. Situations like this include when the marriage ceremony was never legal, or a spouse was not up to age 16.

On the other hand, you should visit and consult legal advice if it is going to be hard to prove that the marriage is voidable.

Also, if you believe the other party will challenge the annulment, consult an attorney. They will guide you and help you to understand your options.

When is the best time to apply for an annulment?

You decide the best time to apply. Application for annulment can be raised at any time after the marriage, unlike a divorce. No law demands you need to wait for a year.

Nonetheless, the parties must have resided in England or Wales for at least twelve months. Also, they must have obtained a permanent residence in the stated areas for six months.

Also, in the case of gender reassignment, it will take six months for the marriage to be annulled. There is a period of six months permitted from the date of a gender recognition certificate.

For long-lasting marriages, you will be required to give brief reasons for the delay as to why you are applying for annulment.

What is the benefit of annulment?

Most often than not, the couple seeking annulment wants to distance themselves from a marriage affair they bemoan entering. Achieving this primary objective by divorcing will leave history behind. They will be forever joined to it no matter how far they go. It will also remind them they have an ex, and people will refer to them as a divorcee.

To this end, annulment gives the benefits of turning back the clock’s hands so that they can start afresh legally and emotionally.

Can I make a financial statement claim in an annulment?

There is a myth that if a marriage is annulled, there can be no financial statement. This superstition has significantly been believed and has scared people away.

However, it is not valid. A financial statement can follow an annulment and be taken successfully to court.

In several cases, an annulment is always granted immediately after the marriage takes place. So, the sharing of assets is likely to reinstate both parties to the previous financial positions before they married.

Can civil partners and same-sex partners apply for annulments?

Annulment is an equal choice in both civil partnerships and same-sex marriage, just like marriages between the opposite sex. However, there are two exceptions.

Is my partner permitted to contest annulment?

Definitely, if your spouse believes and insists that the marriage is plausible, then he or she can contest the annulment and maintain the union in court.

Can I reverse my annulment?

No, once an annulment is agreed on and finalised, it is over. By law, the marriage never existed. The partners never met, and it cannot be reversed.

Nevertheless, if there are mutual desires by both parties to reverse the annulment, then they are self-reliant to marry each other once again.

It is always reasonable to consult a family law solicitor to help prepare, plan, and pursue an application for a decree of divorce since many unforeseen pitfalls are waiting to trap the naive. Why not contact divorce solicitor today? We have a good number of professional lawyers that will make your journey a seamless one.