Constructive Dismissal – The Essential Guide For 2020!

What is Constructive Dismissal?

Constructive dismissal is when an employee is forced to resign from their role due to the actions, or inactions, of their employer.

Several facets can constitute constructive dismissal, and these can include: 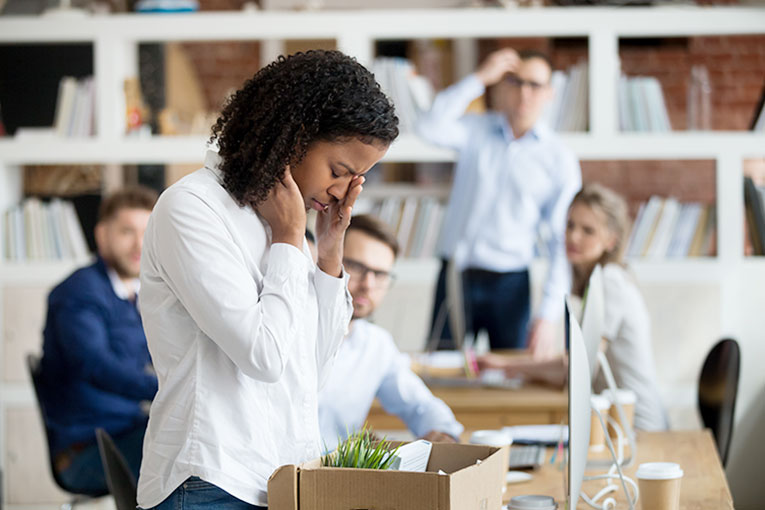 You may have a claim for constructive dismissal, but you need to go about it in the right way. Contact an employment solicitor to get started with your consultation and make an informed decision.

Is it Constructive Dismissal or a Resignation?

Constructive dismissal is also known as ‘constructive unfair dismissal’. It is the forced resignation of an employee due to their employer making their position untenable.

While it effectively involves the resignation of the employee, it is seen as a form of ‘unfair dismissal’ in the eyes of the law.

An employee looking to pursue a claim for constructive dismissal needs to do more than prove that an employer has just acted unreasonably. There needs to be evidence of one or both, of the following:

Besides, it will need to be proven that the resignation has taken place solely because of the specified breach. The employee considers that they have been ‘constructively dismissed’.

On occasion, there may be a continuing pattern of behaviours that have resulted in the resignation and not just one isolated incident. This can still be tantamount to grounds for constructive dismissal. Moreover, all occurrences and acts need to demonstrate and support the critical reason for resignation.

Constructive dismissal and unfair dismissal are two separate matters and should not be confused.

The key differences are as follows:

What are examples of Grounds for Constructive Dismissal?

Providing evidence of the following could exhibit justification for constructive dismissal:

How to Make a Claim for Constructive Dismissal?

Several key considerations need to be made before launching a claim for constructive dismissal.

The primary imperative is that any employee will need to have been continuously employed for two years by the same employer. However, there are some exceptions to this, such as with some discrimination cases.

Other points of note include:

It is always recommended that you seek legal advice before you resign to ensure you have a strong case and that you do not prejudice your position.

Lodging a Grievance for Constructive Dismissal

If you feel that you have been a victim to a case for constructive dismissal, in the first instance, you should lodge a formal grievance with your employer before resigning.

This tactic allows the employer to investigate and try to resolve the dispute. This should be done even if you have no intention of continuing your working relationship with them because of their actions.

The Advisory, Conciliation and Arbitration Service (ACAS) state that failure to lodge a grievance with an employer before resignation can result in damages being reduced by up to 25% at an employment tribunal.

Can an Apology Suffice?

A breach of contract can often not be resolved simply by an employer apologising or making procedural changes. It is, however, up to the employee whether the breach has severed the relationship irrevocably. It also depends on whether there are continuing grounds for constructive dismissal.

It is worth noting that should you receive an apology from your employer, be mindful of your response. Seek legal advice where applicable.

How you act could be seen as an acceptance of their apology or non-objection. At the same time, this can hamper your ability to continue with a constructive dismissal claim.

Ensure that you make your reasons for leaving clear when you resign. If you intend to claim for constructive dismissal, then make this apparent so you can protect your position.

Even if you have lodged a grievance, you should still set out the details for resignation within your letter. Furthermore, explain how this has led to your case for constructive dismissal.

Be mindful of the contents of your resignation letter. You may have enjoyed your working relationship with the company or employer for the best part.

However, stating gratitude and thanks within your letter is not tantamount to delivering the impression of someone who has forcibly had to resign.

You can, of course, choose to work your notice. Though, when alleging that continuing to work in the environment is untenable, then it is often best to leave immediately.

You can then seek to include loss of earnings for your notice period as part of your compensation claim.

Not all constructive dismissal cases go to court or a tribunal. Depending on your case, the circumstances and your employer, it is possible to negotiate a lump-sum payment from the business in exchange for contractual severance.

If you are unfamiliar with negotiations or wary of this sort of tactic, then it is best always to seek advice on the strength of your claim whether the settlement terms are reasonable and ensure that you do not prejudice your position.

In addition to resigning promptly following your allegations that a working environment has become untenable, you will need to be aware that a claim for constructive dismissal will need to commence within three months less one day from the date that you left employment. This is ordinarily the last date that you were paid.

Before a tribunal undertakes a review of your claim, you will also need to lodge your case with ACAS as part of their early conciliation scheme. Failure to do so will result in your application being rejected.

If you feel that you have been forced to resign by your employer, get in touch with an employment lawyer to discuss your case. Our experts in employment law and constructive dismissal claims are ready to help!