What is the Windrush Scandal? 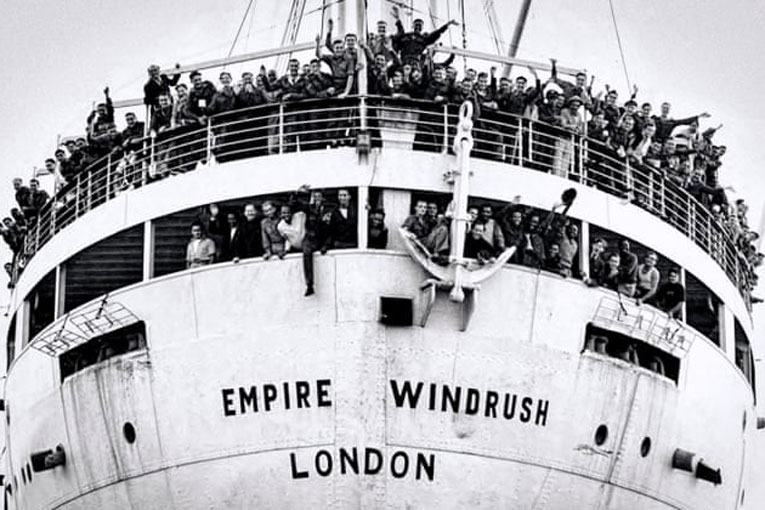 Where it all began?

In post-war Britain, in the late 1940s, there was a labour shortage. To overcome a part of the problem, people from the Caribbean were encouraged to come to Britain to create a new life for themselves. These people were not, however, classed as immigrants for one specific reason, a reason that would lie at the root cause of the scandal.

At the time, most of the islands in the Caribbean were part of the British Commonwealth; as such, these citizens were automatically British citizens. Most importantly, they were free to live and work in the UK permanently.

Because English was so widely spoken throughout the British Commonwealth and especially the Commonwealth Caribbean (also known as the British West Indies), the move to the UK was not as daunting as it would have been for immigrants from such countries as India or Nigeria, as examples.

Today, the British Commonwealth has shrunk almost beyond recognition, and only a few islands in the Caribbean now remain British dependencies, including the British Virgin Islands, Anguilla, Montserrat, the Cayman Islands and the Turks and Caicos Islands.

The fact that most of those personally affected by the Windrush scandal has roots in Caribbean islands which are no longer a part of the British Commonwealth also lies at the root of the whole problem.

How the Windrush scandal got its name?

Their arrival also took place in the period between 1948 and 1973. Over time, the name Windrush became synonymous with this particular group of people who arrived in the UK from the Caribbean, after which they became known as the ‘Windrush Generation’.

So, what, exactly, is the Windrush scandal all about?

Sadly, many of the original ‘Windrush generation’ adults have passed on. However, the majority of them had a family, and it was their children, plus the last of the original Caribbean residents who came over to the UK who got caught up in a problem relating to immigration and the right to remain in the UK.

The term ‘Windrush Scandal’ only really became part of the British lexicon in 2017 when it was revealed that many hundreds of commonwealth citizens, most but not all of the Windrush generation, had been wrongly denied legal rights, detained or deported; the emphasis being placed on the word ‘wrongly’.

Soon stories of how these people had been treated began to reach mainstream British media. Shortly afterwards, there was outrage in the country with many unable to understand both how and why the UK had been operating such a discriminatory and profoundly flawed immigration system.

To understand where the problem first began, we have to go back to 2012 and a new policy which was termed ‘Hostile Environment’ legislation.

The intention was to create such a hostile environment in the UK that undocumented immigrants would be forced to leave, and this is where the Windrush generation became unfairly targeted.

The NHS, Banks, employers and landlords were systematically tasked with enforcing immigration laws and controls, so those without visas or documentation showing their right to remain in the UK began losing their jobs.

The problem was then exacerbated by the fact that without documentation, illegal immigrants and the Windrush generation alike, were denied access to free medial healthcare, unemployment benefits, pension payments, etc.

Though the original intention was to document all of those citizens from the Caribbean who came over to the UK, this did not happen.

Instead, the majority lived here ‘undocumented’. Until the UK government decided there was an immigration problem in the UK, this was of little consequence but, once immigration became a problem, undocumented residents became an obvious target for expulsion.

For those from the original Windrush Generation, there was a problem. They had no documentation. Many of the children arrived in the UK on their parents’ passports. As far as records of their arrival were concerned, these no longer existed as many landing cards and other records had been destroyed by the Home Office.

To ‘overcome’ this problem, the Home office chose to place the ‘burden of proof’ on individuals to prove they had arrived in the UK before 1973.

It is at this point that a critical ingredient of the scandal was added.

According to the Joint Council for the Welfare of Immigrants: “The Home Office demanded at least one official document from every year they had lived here. Attempting to find documents from decades ago created a vast, and in many cases, an impossible burden on people who had done nothing wrong.

“Falsely deemed as ‘illegal immigrants’ / ‘undocumented migrants’ they began to lose their access to housing, healthcare, bank accounts and driving licenses. Many were placed in immigration detention, prevented from travelling abroad and threatened with forcible removal, while others were deported to countries they had not seen since they were children.

“Their harmful and unjust treatment provoked widespread condemnation of government’s failings on the matter, with calls being made for radical reform of the Home Office and the UK’s immigration policy. In response to these demands, then Home Secretary, Sajid Javid announced in May 2018 that the Home Office would commission a ‘Windrush Lessons Learned Review’.”

Despite the UK government’s apparent failings, the scandal remains just that, it is still a scandal, owing to the extreme lack of effort to provide adequate compensation to those directly affected. There is a massive backlog of cases, and the government’s compensation scheme has made very few payments.

Worse still, those policies under the ‘Hostile Environment’ remain firmly in place, even during the COVID-19 pandemic, despite a plethora of requests to suspend it.

In 2018, Her Majesty’s Chief Inspector of the Constabulary was tasked with carrying out an independent review, which was finally published in March this year. The principal ‘takeaway’ of the report was that “the Windrush scandal was not an accident” but was the result of policies which had been specifically designed to make it impossible for anyone to remain in the UK without having all the right papers.

Are you affected by the Windrush Scandal? Contact one of our immigration solicitors to get the compensation you deserve!