How long after a divorce can you claim assets?

A divorce is often an unpleasant experience for everyone involved. No matter how well-intended both individuals are, unmerging your life from someone who was once your “forever” is a challenging, messy, complicated process. 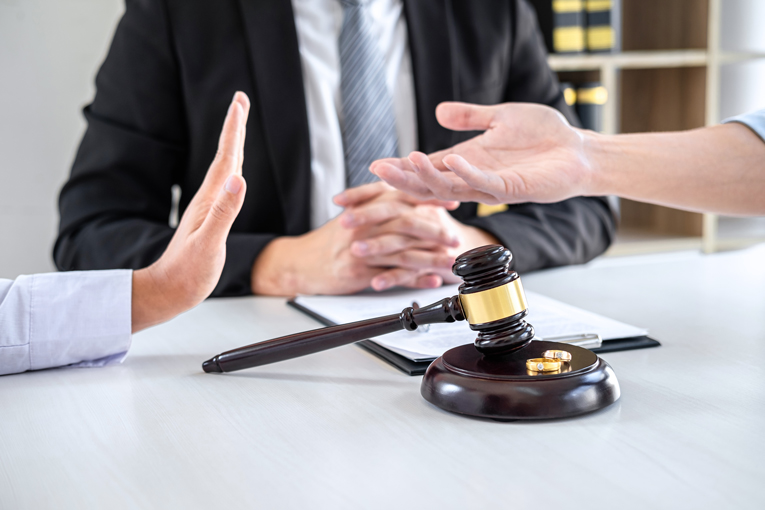 In an ideal divorce, the divorce proceedings are finalised swiftly, and the couple continues their lives down separate paths. As time passes, both individuals follow the terms that were laid out during their separation proceedings. They have no regrets or issues with the way the marriage ended. They may even choose to remain friends. This ideal situation also means that both ex-partners stick to any arrangements that were established during the original settlement.

As a part of any divorce process, both members have an opportunity to have an equal say regarding any guidelines splitting any assets. These guidelines include joint provisions for children, the division of any current or future pensions, as well as savings, investments, property, and other reserves that may have once been shared.

Unfortunately, however, this is again, the ideal situation. It is not uncommon for divorces to remain complicated long after the documents have been signed and sealed. These complications arise, mainly when finances and assets are messy and difficult to split.

Until when can one party claim assets?

Even after the divorce has been finalised, there is no guarantee that both individuals are free of a financial headache. Although this may be surprising, in England and Wales, a divorce does not cut the economic ties between ex-spouses. This stipulation means that one party can attempt to claim ownership over the other parties’ assets, even after the decree absolute (official divorce decree) has been granted.

There is no time limit on this statute: regardless of how much time has passed since the divorce, one member of the divorced party can claim ownership of the other party’s assets.

The well-publicised 2016 case between Wyatt and Vince became a pivotal exemplification of this point. In this post-divorce financial claim, Ms Kathleen Wyatt claimed nearly £1.9 million from her ex-husband, Mr Dale Vince (the owner of Ecotricity Group Limited, valued at £57m). The couple had been married in 1981. Their marriage lasted only three years, and their divorce was finalised in 1992. Nevertheless, nearly 22 years later, based on childcare costs, personal assets, Ms Wyatt was paid a lump sum of £300,000, plus an additional £325,000 for court fees.

This case highlights the notion that if no agreement exists regarding finances at the time of the divorce, either party is entitled to a claim no matter how much time has passed.

The case between Wyatt and Vince was unusual. It was further complicated by the amount of money both parties stood to lose or gain. What is more common as a contentious topic of financial disagreement following divorce regards pension schemes. Pensions are often neglected during financial settlement proceedings.

Unlike other assets, a spouse’s right to their ex-partners’ pension depends on several factors:

Under normal circumstances, when a divorce is underway in the UK, the court deals with pension arrangements in one of three ways:

The most common disputes regarding pensions arise, however, when one partner has contributed to their pension after the divorce, and the other partner claims post-divorce pension contributions.

Although the courts often determine that the partner is only entitled to pay for pension costs from when the couple was married, in some cases the Courts can be persuaded that post-separation contributions should also be shared. Mainly where pensions are concerned, it is imperative to have clear guidelines and court-ordered decrees regarding who is entitled to what and for how long, before issuance of the decree absolute.

What is a financial consent order?

The only decree that prevents post-divorce asset claims is a financial consent order. A financial consent order is a document used by the courts to split money and assets during a divorce legally. The order finalises and cements any intentions to divide assets, property, pensions, debts, and income once the separation is complete. As it is legally binding and granted by a judge, it cannot be circumvented easily by a disgruntled partner.

A financial consent order is particularly useful in cases where there is disagreement on how finances should be split. It is strongly advised that you obtain the order before filing for a decree absolute, as it can take time and energy, and often require a third-party intervention (i.e. a mediator). Additionally, once submitted, the consent order can take 6-10 weeks to process. The court has powers to make orders for contentious topics including:

The government sets the current court fee for filing a financial consent order at £50.00.

In sum, a divorce does not automatically imply financial separation in the UK. There is no statute of limitation on when a divorced individual can claim their ex-spouses’ assets if a financial consent order is not in place. As such, it is essential to consensually finalise what is expected of each party before the divorce is deemed complete. These securities will enable both individuals to move on with their separate lives, avoiding personal and financial burden in the decades to come.

Alternatively, if you believe you are entitled to a share of your ex-spouses’ financial assets, be sure to reach out to a specialist divorce solicitor as soon as possible. Although there is no allotted time requirement in filing your claim, the process can often take a significant amount of time.